While other colleges are just starting to recruit their football teams, New College Football Club is already ahead of the game after their JCR passed a motion to submit an official bid of £996 to Manchester City Football club for Carlos Tevez.

Football Captain Tom Pearson-Jones proposed the bid, which the JCR approved last Sunday. He said: “We believe that Carlos would be a fantastic addition to the squad. With the loss of the Slaughter and May Golden Boot Winner, Sam Donald, to Blues duty, we feel that Carlos could just about fill that void. We came so close to winning Cuppers last year that the presence of Carlos on the bench, could have made all the difference. We also believe that he will make a fine addition to the NCAFC Reserve teams, playing in goal. All in all, I think he would be a great signing.”

Aside from boosting the NCFC’s league and cup ambitions, the motion also suggests the bid will work in Tevez’s favour citing his recent refusal to play against Bayern Munich as evidence he “wants out” and further noting that, despite being brought for £47 million in 2009, he is now “likely to be available at a knock-down price”.

In an effort to bring the price of the transfer down, as part of the deal the JCR are offering to exchange Tevez for New College striker Abbas Kazmi. He said: “I think Manchester City are getting a bad deal in losing Tevez. Of course, I am a better player”.

JCR President Oscar Lee is mandated by the motion to submit the bid, contact Kia Joorabchian, (Tevez’s advisor), and “tap up” the player by releasing details to the press.

He reinforced the motion’s proposal that such a bid would be beneficial for all involved: “At New College we hate to see exceptional talent go to waste. It’s quite obvious that Carlos has been misunderstood at City and that Mancini has not dealt with him in the right way. I personally believe that he would thrive here at New College.”

The former West Ham and Manchester United player is currently under a two-week suspension after refusing to play during a match against Bayern Munich in September. The player, who has twice requested to transfer away from City, prompted media speculation that he suffers from homesickness after choosing to return to his native Argentina for the duration of the suspension.

Lee explained the benefits of transferring to New College Football Club: “We do understand that he is missing his family, which is an issue experienced by many international students. We believe that we have a great welfare provisions and strong peer support network. Carlos will also do wonders for our Access programme. We believe that it’s a good deal for all the parties involved and hope it can be concluded in the next couple of weeks, prior to the start of Cuppers.”

James Poston, a second year PPP student said: “It’s great and they’d be mad to refuse, especially given the quality of player they’re getting in return with Abbas.”

However he voiced concerns about the possibility of Tevez pushing out New College players and other celebrities who are known to visit the college.  “Obviously we’ve got some great talent at New College already, so I’d want to see him earn his place, but we’ve got a great management team and I’m sure they’ll make the right choice. My only other concern is that Hugh Grant might get angry that there’s someone else famous hanging around New College and stop coming to formals.”

The motion also declared that the “bridge” of Tevez’s likely £200,000 a week wage demand can be “crossed when they come to it”.

Although Tevez will be exchanging with Kazmi, an English Literature student, he has had difficulties mastering the English language since coming to England in 2006. However, Kazmi was unsympathetic: “If Tevez has an essay crisis, obviously football must come first considering his wages.” 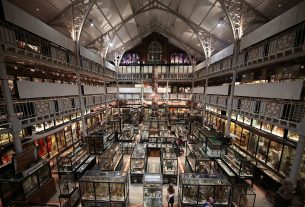