It’s a unfortunate fact of journalism that many people stop reading articles if they dislike the opening sentences. It’s even more unfortunate that when these sentences mention the EU, the chances of readers finding a large object to whack themselves repeatedly on the head increase somewhat. So why, over the summer, did I decide to interview an MEP and write it up here?

In March, the Daily Express claimed that a survey had found MEPs to be the “most hated profession in Britain”. Now this was, in all probability, absolute rubbish – the article did not specify any sources or polling organisations. Yet what’s most surprising about this is the very lack of public suspicion. We all have the same public perception of those far-right nutters and corrupt frauds who comprise our representatives in Europe, and expect our MEPs to be hated.

I wanted to find out what life as an MEP is actually like. So, I interviewed Catherine Bearder, a Liberal Democrat MEP based in Oxford, and, on the basis of a half-hour whirlwind chat, I’ve set out six points about our MEP which show a more realistic side to the profession.

Firstly, her small office in Park End Street is at odds with the idea of Brussels luxury. Three or four members of staff are stuffed into a corner of a dilapidated building with a lift that wouldn’t look out of place in a silent film. It may be this which, when I ask her about the public’s perception of an MEP, causes her to exclaim “gravy train, eh!” and laugh uproariously. Her salary is roughly the same as that of an MP, and the expenses are minimal, considering the travelling she does.

Secondly, this is a politician who is proud to admit that “I never thought of politics as a career”. This only changed after extensive community and local council work: “The more active I got the more I realised that if I wanted to make a difference about the things I cared about, I would have to stand for an international body.” Although she did once stand for Westminster, she now firmly believes that she can make more of a tangible difference on certain issues in the European parliament. “There’s a saying that young men go into politics as a career, whereas women get into politics when they get angry”, citing the environment and human trafficking as the issues closest to her heart. She comes across as more of a social activist interested in a specific set of issues, rather than a politician.

Thirdly, she vastly prefers the European parliamentary system to the British one, stating that “it’s a much more grown-up type of politics”, in that there is much more consensus and coalition building, rather than cheap political point scoring. This may mean it takes longer for laws to pass, but the eventual outcome is “better legislation”, she claims. There are, of course, some less tasteful aspects of the European parliament: “You do get some who stand up and say the most ridiculous things,” referring to certain BNP members’ speeches on the Haiti earthquake as particularly appalling examples. Nonetheless, “the BNP apart,” she smiles, “most of us get along okay”.

Fourthly, she is very frustrated with treatment of the EU in this country – in fact, she uses the word “frustrating” five times over the course of our interview. It’s not just the public or the media’s fault, though: “The vast majority of MPs don’t really have a good understanding of how the European parliament works,” which makes co-operation incredibly difficult.

Fifthly, she’s not the biggest fan of TheyWorkForYou.com, which she sarcastically refers to as “that lovely website”. Although she likes receiving letters, she gets sent huge numbers of email which are completely irrelevant to her position. At the time of interview, she says that she was receiving hundreds of letters on a planning application in Yorkshire, and on the issue of horse transport – neither of which fall under her remit.

Sixthly, she spends a considerable portion of her time working solely on human trafficking. A recent success was getting the UK government to opt in to a new EU directive on the matter, but she recognises the huge amount that is still to be done. Indeed, she stresses that this is a problem extremely close to home – a recent case saw the conviction of a man living in Iffley for keeping two Croatian girls in his house and using them as prostitutes. Pointing to evidence which shows that trafficking increases in the lead up to major international events, she declares that the next year is crucial for the UK to prevent any upsurge before the 2012 Olympics.

Support the campaign to stop human trafficking by visiting her website: bearder.eu. EU Anti-Trafficking Day is on October 18th.

Student admissions to A&E on the rise 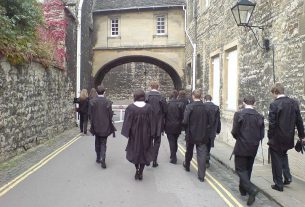