Skip to content
Lewk Wilmshurst grew up in Oxfordshire and after a stint of travelling and working in South Africa and India, completed an Art Foundation course at Banbury College and then went on to get a first from The Bath School of Art and Design in 2010. The decision to commit to being an Artist was solidified when he was offered full time employment in South Africa as a Game Ranger. His knowledge, skill and love for biology and zoology had got him to this point but despite this exciting job opportunity, Lewk chose Art.

His work is laced with the topical narrative of mans relationship with the natural world and has culminated into intricate pattern prints made up from sampled imagery from the Internet. These images are painstakingly drawn, scanned and vectored into fractal-like prints.

In 2010 Wilmshurst built a multi-sensory installation comprised of a 2 by 3-metre light box with an orangutan routed into the Perspex, ferns, a shrine breathing incense, jungle noises and empty boots. Most recently, box framed equations and constructions of fishing weights, dead coral, burning candles and ticking clocks have featured in his shows. Past exhibitions include The Trewman Brewery on Brick Lane, The Octagon in Bath and OVADA.

Lewk is meticulous nearly obsessive with every aspect of his work. It’s evident in the pattern work particularly. From the initial idea, to the archival standard of his frames everything is precise and neat…contrary to his studio.

I walk down the driveway into a cold, damp and ill-lit house in an Oxford suburb. Amongst hundreds of sheets of grainy, pixelated A4 images of Rodeo Cowboys, concept cars, snake charmers and Sea World trainers that are strewn across the floors and walls, I weave and trip over puddles of sawdust, tools, cigarette butts, antique watches, and last years Witney Film Festival posters when I eventually find Lewk. Hunched over his macbook like a Macaque, he sits fixated on the computer screen. Next to sits him a printer tirelessly producing images.

There’s music playing as I start the interview and Lewk fills me in on it “ It’s The Mars Volta… he’s a good word painter” he adds. Surrounding Lewk is his nest of discarded materials, works in progress, and a printer clearly being pushed to its limits. Lewk makes extensive use of images taken from the Internet “It’s the fastest way of accessing images from around the world” he says “it’s an open source, with feedback, that has altered the way we all exist within our societies, globally.”

Lewk fulfils somewhat the struggling artist stereotype “I don’t have a car, I’ve got a rubbish haircut and I could do with a digital SLR. I drink too much and talk and read about art all the time, so yeah…” he pauses “But at the same time I’m lucky because I’ve got a studio, a small number of collectors and I can afford to make work.  Compared to most full-time young artists I think I’ve got it good” Lewk is fortunate in this respect and I wonder what he hopes to communicate through his art “How we saw the future in the past” he says “An evaluation of the human race and its environment, the natural world. I say it like that because I mean, that’s how we see it, human life and the natural world as something separate” he pauses “Darwin wrote that book ages ago, Alan Turing helped explain it a bit in the fifties, but we still have this tourist mentality.”

So what is next for this futuristic, historical interlocutor? “I’m showing at Parallax AF in London this October and I’ve started a new body of work that I’m hopefully showing in Oxford before Christmas. I’ve also got a side project casting fruit and a collaborative project with a graphic designer, Garry Edison Cooke, for a book to be produced next year” Wilmshurst comes across as genuinely concerned and somewhat frustrated with the modern world’s separation from the natural environment.

The way he speaks is as abstract and disjointed as the random images on his studio floor, yet his finished work communicates his astute knowledge with a rare accessibility and coherence. The underlying narrative intelligently tackles the sense of mankind’s relationship with nature and its future. Amidst a current pop culture, which is engrossed in a ‘carpe diem’ type mentality, Wilmshurst is a reassuring breath of fresh air who asks us to “Assume, for arguments sake, that there is a tomorrow”. 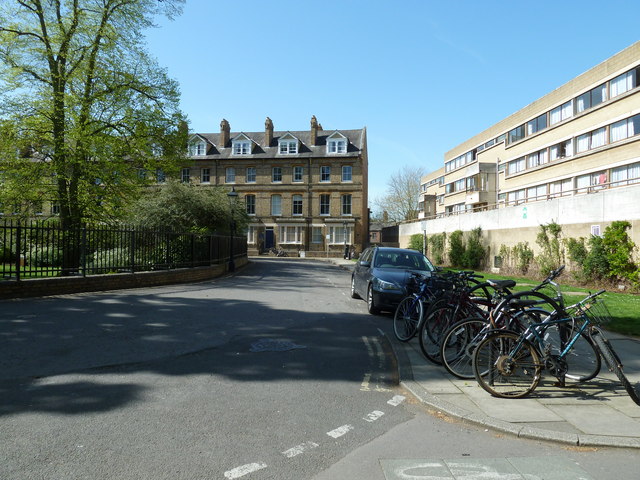 Keble to vote on controversial referendum