Perhaps you have seen the red fliers depicting fists holding up a movie camera in a triumphant thrust, directing you to join the Oxford University Film Foundation (OUFF), a relatively new society supporting student filmmakers in Oxford.  In its latest incarnation, the OUFF team has a mission: to make filmmaking more accessible to students with any level of experience.  This year promises to be its most active one yet with workshops, film screenings, and competitions to encourage students to experiment with movie making.

Established in 1981 by a young, entrepreneurial Michael Hoffman, a Rhodes scholar who would go on to direct highly-praised movies such as The Last Station (2010) and A Midsummer Night’s Dream (1999), OUFF has experienced years of idleness and eras of industry.  The first OUFF film was Privileged (1982), directed by Hoffman, and starring Hugh Grant and Imogen Stubbs, who were both Oxford students at the time, in their motion picture debuts.

With equipment for hire, members can rent some of the fundamental tools of the trade.  Workshops on Wednesdays of even weeks are open to members of all experience levels: lessons are taught on camera technique, sound, and lighting.  Other features of the term are a screening of Island (2011) and a discussion with its directors on Wednesday of 4th week at 7pm in Magdalen Auditorium, and trips to film schools in and around London.

The highlight of OUFF’s year is its annual film festival in Hilary term, in which the best shorts from Oxford students are screened, competitions are held, and directors, producers, and writers come to talk to students about their craft.  A society to watch out for, OUFF has something to offer any student interested in the art of filmmaking. 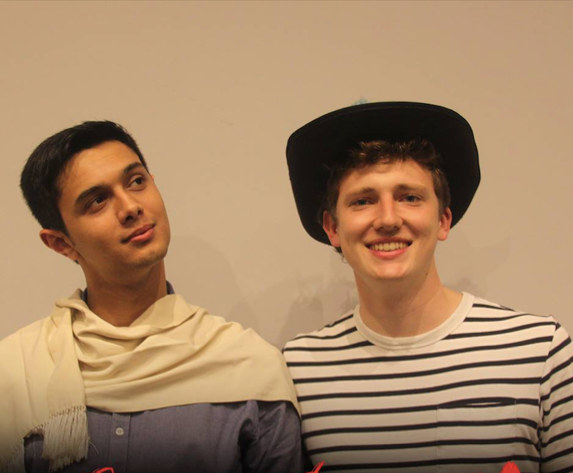 Talking to the Writers of Cyrano de Bergerac

The Lucky One: Sparks don’t quite fly

Based on the book…