From the outset, Anonymous seems like a very odd premise; a period drama about the true authorship of the works of William Shakespeare from Roland Emmerich, the man who brought you many different visions of America in ruins. Sony Pictures certainly seems to agree – after pumping in $30m they’ve now effectively killed the Stateside release by only opening it on only 200 screens. In fact, the only advertising for the film at the minute seems to be the amount of scholars clamouring to describe it as blasphemous. Which is a shame, as it’s one of Emmerich’s better movies.

After a terrific introductory speech from Derek Jacobi the film shifts gears dramatically, thrusting us from the stage into the world of Elizabethan England. From here, the central theory of the film is slowly revealed; the plays we now recognise as William Shakespeare’s were actually written by an aristocrat named Edward de Vere, who used his quill to lampoon public figures and bend the will of “the mob”. Around this idea the film then drapes the succession of Queen Elizabeth’s throne, with a whole interwoven tale about bastard children that heads off in surprising ways. It’s to the film’s credit that it manages to make what could quite easily become a confused narrative surprisingly straightforward. Unfortunately after a very pacey first act the film then loses its way a little. Meandering scenes, odd dialogue and contradictory tone abound. And then, just when all hope is lost and the film threatens to tip over into a full-scale melodrama, it recovers. All paths converge, the dialogue tightens up and we head into a thrilling conclusion. Despite the questionable middle the film is a lot of fun and very cleverly written in places, and is worth seeing just for the final plot twist that comes completely out of nowhere.

No review can be complete without mentioning the controversy surrounding the film. Scholars across the land are creating a stink about it, outraged that a man dead for 400 years is being libelled. And here lies one of the greatest hypocrisies of modern cinema. When The Social Network was released, barely a murmur was heard in response to the fact that Sorkin and Fincher had disregarded the truth in their quest to tell a story. That story was about a living person.

The greatest irony is that Anonymous does a fine service to the works of Shakespeare for a modern audience who might not be so familiar with him. The film is almost a love letter to the plays. Dressed up as a tragedy, containing many of the Bard’s identifiable flourishes, it celebrates whoever wrote them. I care little for the factual accuracy surrounding the film. It could well be a lot of nonsense. But that’s hardly the point. I came out of the screening with a real desire to read Shakespeare. Few of the people complaining about this film and defending the man have done anything to inspire such feelings. 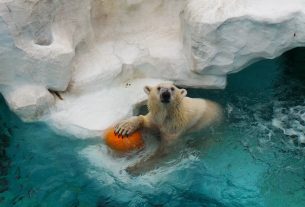 Review: How to Save a Rock With a Circle