After beginning my culinary quest at the unattainable All Souls College, I’ve decided this week to pick somewhere a bit closer to home. Or, to be more precise, home itself – Exeter College.

Unfortunately, food at Exeter is probably best known for the exorbitant catering charge (one grand a year, regardless of what you eat in Hall), and for charging more for a main course than a three-course Formal costs at Worcester. We have neither a Michelin-starred chef, like our friends at Trinity across the Broad (supposedly), nor have Masterchef contestants ever paid us a visit.

But we are linked to one of the most exciting counties in England from a culinary perspective, Devon. We were founded by the Bishop of Exeter in 1314, and we still lend a helping hand to several West Countrymen and women thinking of applying here.

Devon is famed around the country for its dairy produce, the result of a temperate climate and fertile soil; Devon Blue cheese won the Best English Cheese at the British Cheese Awards this year (yes, they really exist). The county is home to some of the most highly-prized lamb and beef in the country on Exmoor and Dartmoor, and produces great seafood and oysters.

The county is also home to Plymouth Gin, the country’s oldest distillery and once the most widely distributed gin in the world, and a spiffing range of ciders to rival neighbouring Somerset. And amongst all the independent farms, dairies and breweries, in the small village of Lifton, Devon produces the food of the Gods themselves at the Ambrosia factory. And if we’re honest, who wants Marks & Spencer’s crème anglaise with their apple crumble when they can have Ambrosia?

But, of course, think of Devon, and you think of the Cream Tea. Apart from tasting damn good, four simple things – scones, clotted cream, jam and tea – have become a symbol of the county, a stalwart in National Trust cafeterias up and down the United Kingdom and the cause of hundreds of years of Devon-Cornwall tensions (along with, of course, the Cornish (or Devon?) pasty).

As with all ‘simple’ food traditions, there has never been agreement over what makes the best Cream Tea. We can’t even decide how to pronounce the word scone. Should it rhyme with gone, stone, or even (in Scotland, reportedly) spoon? Apparently, two thirds of us choose the former, but I prefer to rhyme it with stone, thank you very much. And should they be plain, with raisins, with glacé cherries, with pumpkin or even with ginger beer? I think it’s safe to say we can’t expect a definitive decision on the ‘perfect scone’ any time soon.

And then there’s the matter of how to assemble the Cream Tea. Whilst the Cornish go scone-jam-clotted cream, in Devon, the clotted cream comes first, lest the scone (which must still be warm from the oven) become soggy. God forbid.

There are even arguments over the tea: some say milk is essential, while others say it makes our taste-buds less sensitive to the scones, jam and cream.

The history of the Cream Tea stretches back to 1105, when monks at the Benedictine Abbey of Tavistock began serving bread with clotted cream and jam to workers rebuilding the destroyed monastery. They were so popular that the monks started to sell them to passing travellers with the rather more luxurious scone replacing the bread.

In 2010, a campaign was launched to gain Protected Designation of Origin status for the Devon Cream Tea (held by, amongst others, the rival Cornish pasty and Cornish Clotted Cream, Stilton, Wensleydale and Jersey Royal potatoes). The global market, you see, is supposedly worth £85bn. That’s around the GDP of Slovakia and Angola. No doubt they were doing their maths after too much cider or Plymouth gin.

They haven’t yet achieved the status. But don’t feel too sorry for those Devonians: if they do, and you make a Devon Cream Tea with any component produced outside of Devon, those West Country folk will be chucking you in Dartmoor jail before you can shout ‘Sorry Janner’.

Somewhat unsurprisingly, there have been numerous attempts to create the World’s Largest Scone. In 2008, the Hallett family of Torquay created a 26kg, 60cm-diameter specimen. Their record didn’t last long; in September 2011 those dastardly Australians stole the crown with a mammoth 178kg scone. Perhaps that explains why they’re (slightly) heavier than us Brits down under.

Nevertheless, there’s nothing wrong with indulging once in a while, so here’s a simple recipe for scones. You probably don’t need detailed directions for cutting the scone in half and loading it with clotted cream on it, then jam, and then making a cuppa. Play around with it as you like, add what you fancy; you’re unlikely to go wrong. 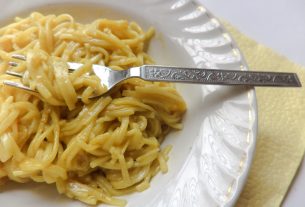 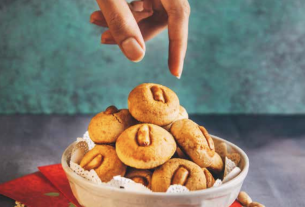