This film is bizarre. I thought it when I saw the trailer, and I confirmed it when I saw the film. Having said that, The Future still manages to be remarkably unremarkable. That is not to say that it is bad, or particularly good for that matter, but I certainly left the cinema feeling somewhat nonplussed.

I could not help but be slightly thrown by the fact that the narrator is an injured stray cat, which – it cannot be ignored – is largely played by a puppet, and is voiced – quite obviously – by the same woman who plays the central female character. And yes, it is also the case that at one point the male lead enters a lengthy dialogue with the moon following his accidental interruption of time itself. However, aside from these peculiarities there is nothing too outlandish in the core storyline.

In The Future we observe the lives of Sophie and Jason, an ordinary couple who, on making a commitment to adopt a cat (the very same cat who narrates the story), realise the banality of their lives and the mediocrity of their achievements. In the final month before they claim their new pet they decide to quit their jobs, disconnect from the internet and embrace life, hoping that this will salvage their disappointing existence. In actuality, this change ends up causing both Sophie and Jason to realise that there is more to their discontent than their stale and dissatisfying jobs.

Indeed it could be argued that Sophie (Miranda July) looks eerily similar to her partner Jason (Hamish Linklater), and I understand that this is yet another fact which might lead you to believe that this is an interesting flick, but I must continue to stress that despite all the idiosyncrasies and eccentricities there is really very little to be said for The Future. Not a great deal happens and when you reach the end you can’t help but think that all these quirks are included for the sole purpose of making the film seem ‘edgy’. It is true that not a lot needs to happen in a film to make it an excellent piece of cinema, but the hype surrounding The Future seemed to promise an original (or at least memorable) film. Perhaps this hype was its greatest downfall. On the upside there are a few truly beautiful sequences in this film as well as one or two rather touching shared moments between the central couple.

Neither terrible nor exceptional, all I can honestly say about The Future is that I was fairly underwhelmed. I had already heard that Miranda July was an acquired taste and this film certainly affirms that, but I suppose the only way to see if she is your taste would be to watch it and decide for yourself. 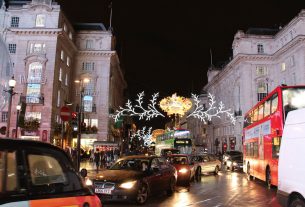