Tower Heist, the latest comedy caper from Rush Hour director Brett Ratner, should have been written as a black comedy satirizing the state of American economic affairs and the aftermath of the Bernie Madoff Ponzi scheme. Instead, Ratner chooses to go for cheap jokes, a formulaic plot where you can see the finish line half an hour into the film, and the irony of having multi-millionaire actors portray “working stiffs” who are duped out of their pensions.

Ben Stiller plays Josh Kovacs, manager of the none too subtly disguised Trump Tower in New York City, penthouse home of Alan Alda’s Wall Street tycoon Arthur Shaw. Arthur Shaw is not the kindly grandfather figure everyone thinks he is, as it is soon revealed that he has swindled everyone’s pension money in a Madoff-style Ponzi scheme. Josh believes that Shaw has $20 million hidden in his penthouse and decides to rob the high-rise with the help of his coworkers, which include Matthew Broderick, Casey Affleck, and Gabourey Sibide. The crew also has help from small time crook Slide (Eddie Murphy) and caper-comedy chaos quickly ensues.

The film plays off too much like a poor man’s ensemble comedy in the same vein as Ocean’s 11. Mr. Ratner seems to have gone for a nonsensical (there is a car hanging off the roof of a building at one point which no one seems to see), easily forgettable (I found myself struggling to remember details of the film an hour after I left), and stereotypical (of course the “professional” crook that Stiller gets to help his gang is black) film route rather than taking the time to construct something more meaningful or satirical. Stiller and Broderick and company play two-dimensional, almost cartoonish characters that will stoop to any level to earn sympathy from the audience.

The two highlights of the film were Alan Alda and Eddie Murphy. Alan Alda’s acting ability has not diminished since he left M*A*S*H all those years ago and he is delightfully cynical and slightly crazed as a Wall Street businessman. Eddie Murphy is fantastic in his role as the mentor for the budding young robbers. In what will hopefully be the come-back role of his career, Murphy’s enthusiasm and general demeanor harken back to his golden years of the Beverely Hills Cop franchise and 48 Hours.

Paying your money to see a merely adequate action comedy about a group of people losing their money seems ironic and pretty pointless. Tower Heist certainly had potential, but it ends up being the definition of what you would find in the dictionary if you looked up “heist comedy.”

Anti-pick of the week: Take Me Out 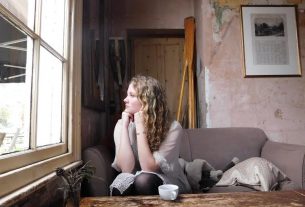