A university guidance councilor was hospitalized last week after being hit by a falling steel girder.

However, a second year Balliol student was able to come to her aid.

Tessa Goldin was thrown from her bike last Thursday when the steel girder fell from the first storey of a George Street construction site directly onto her head.

Second year Balliol student Catherine Brooks was cycling behind Goldin at the time. She described how a massive steel girder “about 1 and a half meters long came crashing out of the top floor of this building sight and knocked her off her bike”.

She continued: “Obviously it was a massive force. She was knocked off her bike and thrown about a meter or so from where her bike was”.

Brooks recalled that Goldin was in fact conscious immediately following the incident, but then blacked out. “There was loads of blood everywhere – not just bleeding but gushing blood. It was really dramatic. It was running down her top and collecting in her lap.

“It’s amazing that she is alright”.

Brooks said; “It was a really horrible horrible accident. It was so sudden and unexpected. For a while I was pretty shaken and upset. I felt really weird and spaced-out until I knew she was fine; then I was okay.”

The extent of Goldin’s injuries turned out to be severe, both from the impact of the steel girder and from subsequently falling from the bike: “she has a fractured skull and a broken shoulder, with most damage having come from the hit on the left hand side of her skull, but there was also damage on the other side from where she hit the road”.

Brooks recalled how Goldin had been very confused following the accident and said that when she offered to take Goldin’s bike her reply had been “very regal, as if granting a wonderful benefit.”

She has since been in contact with Goldin and notes how she is really keen to talk to more witnesses and to thank the other people that helped her. “Instantly there was this whole hive of people around her. One woman who was really close to her when it happened was holding her and Tess is really keen to find her and thank her” but noted that Goldin thought Brooks “might have been the only one that saw it happen”.

A spokesperson from the Oxford Health and Safety Executive said, “HSE is aware of the incident and is making preliminary enquiries.” 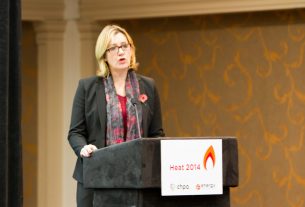