George Galloway’s recent lecture for the Oxford University Islamic Society was either offensive or an embarrassment, depending on your perspective. His fumbled attempts to extricate Zionism from Judaism were insulting to Zionist and non-Zionist Jewish people, and his unreserved denigration of the state of the State of Israel  will raise the hackles of pro-Israel readers whilst still making even the most anti-Israel westerners wince.

Galloway probably genuinely believes that he is being anti-Zionist without saying anything anti-Semitic, but Zionism is a fundamentally and necessarily Jewish movement, and furthermore, the Jewish belief that the Jewish people own the State of Israel by divine right goes back to Moses. I’m not a Zionist either, but Galloway’s suggestion that Zionists “did not believe in religion”, and subsequently began to use religion as some kind of a veneer for something essentially irreligious (presumably purely political), is ridiculous. It is impossible to criticise Zionism without criticising the fundamentally Jewish religious beliefs on which it is founded.

As for the many Jewish people who are not Zionists, they live in a state which was given to them by ratification of the UN General Assembly in 1947. Galloway was right to point out that the settlement creating a Jewish state by partitioning Palestine in 1947 was extraordinary, “unique even by imperial standards”.  But the fact remains that non-Zionist Jews can technically (however dubiously) claim ownership to the State of Israel because the UN said so, and discussions about whether it is theirs by divine right or not are frankly irrelevant. Basically, Galloway might have legitimately been able to disentangle Zionism and Judaism by saying that many ethnically Jewish people believe they have a politically-given right to Israel, rather than a divinely-given one; but instead he decided to claim that Zionists aren’t religious. Right.

In future, I hope that the Oxford University Islamic Society will invite more sensitive speakers. Zionists, anti-Zionists, pro- and anti-Israel speakers are all fine, but it would help if they had the credibility of understanding what they were talking about. 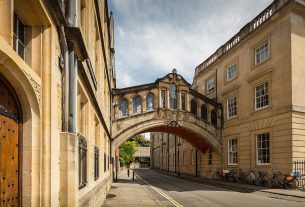