The Oxford Union’s headline debate last Thursday featured only one non-student guest after eight speakers pulled out of debating the Israel-Palestine conflict just days before the event.

Of the originally confirmed speakers for the motion “This House Has No Faith in the Two-State Solution in the Israel-Palestine Conflict”, only Lib Dem MEP Chris Davies attended the debate on 17th November.

Union President Izzy Westbury described this outcome as “extremely disappointing, both for me personally and for our members.”

The exodus from the line-up began just a week before the debate with Dr Ghada Karmi informing the Union that she was uncomfortable debating a fellow Palestinian, the ambassador Prof Manuel Hassassian. Westbury said: “I tried to change her mind, but to no avail.”

Karmi’s defection was followed the same day by her Exeter University colleague Prof Ilan Pappé’s withdrawal because he was due in the USA. Both were due to speak in proposition.

The Israeli embassy then informed the Union that their earlier promise of a speaker in opposition could not be met and Dr Amnon Aran of City University was confirmed as replacement with just five days to go.

On Monday Jonathan Sacerdoti and Alan Aziz agreed to join the proposition only for them to both pull out two days later. Westbury said Sacerdoti “found he couldn’t speak in proposition on the motion for political reasons,” while Aziz cited personal reasons.

After the remaining speakers – Hassassian, Davies, Guardian journalist Jonathan Freedland and Aran – were informed of the drop-outs, only MEP Davies, a former member of the European Parliament’s Palestine Delegation, remained willing to debate.

Westbury said: “Ambassador Hassassian sent an electronic letter to me at midday on the day of the debate requesting that the debate be postponed and that he didn’t believe that, with student speakers replacing those who had dropped out, it would be fair to the topic and nature of the debate. Despite my efforts to convince his PA and himself that our student debaters who were stepping in were more than capable of doing the debate, he decided to pull out.”

Freedland and Aran then held a conversation in which they agreed that the debate had shifted too far from what they had originally signed up to and informed Westbury that, although they would be willing to debate in future with more speakers, they would not be attending. Both felt that it would be especially difficult to debate Israel-Palestine without a Palestinian present.

At 16:50 on the day of the debate Westbury emailed members expressing her dismay: “The Union is always aware of the difficulties inherent in debating such emotive issues, but it remains deeply disappointed by the associated intransigence and lack of willingness to engage in reasoned debate in some quarters. In place of the cancelled formal speakers, student members will debate the same motion regardless. The show must go on and we hope that you can join us despite these trying circumstances.”

She later described the evening as a “great debate,” adding she “was very pleased with our decision to carry on with the debate, despite what we had had to contend with.”

Pembroke student Dougie Sloan said: “Israel-Palestine is a contentious issue, but that is the whole point of a debate. It’s inappropriate to agree to engage in a debate and then drop out at the last minute, and the Union did well to pull in so many students at the last minute.”

It capped a torrid few days for the Union after former Australian Prime Minister John Howard withdrew from a speaking arrangement on Monday 14th November.

Oxford has got talent 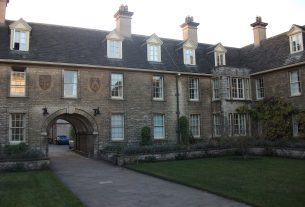