Protestors caused disruption during a lecture delivered by a Pakistani politician to the Oxford University Pakistan Society.

Dr Zulfiqar Mirza, a member of the Pakistan People’s Party, and former Home Minister of Sindh was giving a talk on the political landscape.

Some attendees began to shout after Mirza attacked the Muttahida Quami Movement (MQM), a liberal-secular party in Pakistan.

The President of the Pakistan Society Ayyaz Mallick said: “It was only about two or three people who caused disruption in the first five minutes, and they were taken out of the hall within two minutes of their actions…It was very small, in an audience of 80 to 90 people.”

The protestors reportedly demanded that Mirza retract allegations made against MQM chief Altaf Hussain. Mirza later claimed that the protestors were deliberately sent to taint the decorum of the event.

Mallick explained: “The protestors were chanting slogans of a particular party [the PPP’s], but they could be from any party. Anyone can chant slogans. But I can say that their aim was to disrupt the event so that it did not take place.”

He defended the decision to hold the open debate: “This policy generally has good outcomes, and everyone is happy…but in the future, maybe only once in two terms, where we expect something untoward to happen, we might have people who want to come RSVP.”

Mirza had dramatically resigned from the Pakistani Cabinet in August. He called Federal Interior Minister Rehman Malik a “congenital liar” who was “hand in glove” with the killers at Karachi, who are held responsible for nearly 1000 deaths in the region this year.

He also accused the MQM and Hussain of target killing in Karachi, as he claimed that MQM had only achieved a mandate in Karachi through force.

He claimed to have a letter written by Hussain in 2001, in which he promised Tony Blair his party’s assistance in Western intelligence in Pakistan and Afghanistan in return for help in disbanding the Inter-Services Intelligence Agency and foreign interference in Pakistan’s domestic affairs. According to Mirza, Hussain had told him the MQM supported an alleged American plot to break up Pakistan.

MQM replied by accusing Mirza of keeping silent during violence in other parts of Karachi because he was in association with killers, terrorists, extortionists and kidnappers, and only speaking out when the violence moved elsewhere.

They also accused him of trying to “kindle the fire of hatred, violence and turmoil in Sindh”.

The Pakistan Society said: “The Oxford University Pakistan Society (OUPaksoc) routinely organises lectures and talks that are open to all members of the public so as to foster a spirit of debate, discussion and engagement not just among the Pakistani students at Oxford but also the wider Pakistani community in the UK.

“Following this minor disruption of about three to four minutes, we were able to get everything under control and the talk continued as normal followed by a very open and candid Q&A session.”

Malik said: “Mirza was expecting some people to protest because he had had much larger protests the day before in London, but he did not comment [on the protestors] much.”

He continued: “We haven’t taken any action to find out who the protestors are. We keep our talks open to everyone. Although student welfare is a concern, we keep it open in order to have a debate in the wider community.”

The Pakistan Society concluded: “We reiterate that the security of our guest speakers and audience are of paramount importance and as such will not tolerate any such attempt in the future. The Society stands by its belief and faith in the freedom of speech and has invited politicians, academics, celebrities and other guests from all fields of life.” 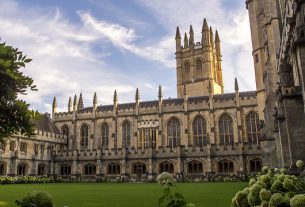 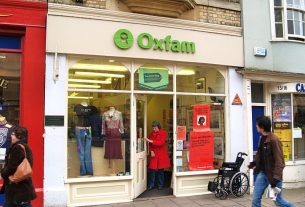