I understand that criticising Freud has pretty much been fashionable for the last century or so, but there is one all-pervasive misconception instigated by Freud which has, rather than being rooted out and given the rebuttal it deserves, simply sunk deeper into popular belief.

I refer, of course, to the Freudian slip.

We have all giggled gleefully at slip-ups on live TV. This two word precursor of life-long ridicule is screamed every time some unfortunate soul trips over their tongue: George Bush Sr announces to the nation he and Ronald Reagan have had some sex – setbacks; Obama dryly comments that he thinks his member of staff meant to say Osama bin Laden; and poor ‘Jeremy Hunt the culture secretary’ is the unsuspecting victim of James Naughtie’s wayward articulators.

We have all probably been personal victims of this ubiquitous urban myth. You doom yourself to snide comments about your sex life with innocent utterances like ‘Do you even like whisky Frankie?’ with the last two words inadvertently spoonerised, or proclaim yourself to have a subconscious hate for all things traditional about Oxford when discussing in a tutorial the ‘invariable laws of the university – I mean universe’.

Codsbollocks, I mean wallop, sorry. Studies of speech errors over the past half century show that the preoccupations of the subconscious play a very minor role in speech errors.

Slips of the tongue are explicable and predictable and are caused by simple mistakes in selecting and putting together words on the journey from our brains to sounds. Sometimes someone will pick the wrong word, due to a similarity of sound of semantic category to the target word, or both. For instance, Bush’s gaffe of saying ‘sex’, is simply a result of the words being similar sounding; the middle part of ‘setbacks’ has been deleted, leaving ‘secks’, or ‘sex’, which is quite a common, although not often so hilarious, type of error. The mistake of saying ‘Obama’ for ‘Osama’ can be explained both by their similarity in sound, and possibly also because they have a similarity in meaning in that they could be grouped in a category for political figures, for example.

Basically, feel free to giggle as much as you like at the blunders of politicians and friends, but if you scream ‘Freudian Slip’ and suggest that their mistake means that they secretly want sleep with their parents, you are not only an ignoramus, but a bad person. 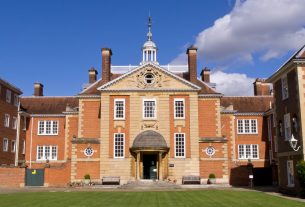