Anyone under the impression that St. Nicholas is anything more than a 3rd century preacher from Asia-Minor should look away now. Put this up on that high shelf behind the screw-top Calpol and fizzy drinks and walk away.

This Christmas season has been dominated by one theme. How does Santa get round all those houses on Christmas Eve? Excellent new Aardman animation Arthur Christmas provides one explanation – stealthy ninja elves in a space ship captained by Hugh Laurie. Other creative solutions are suggested by countless cartoons and the apparently endless stream of Tim Allen movies. Whilst each of these multi-media Christmas capers is a festive diversion, take a second to think how Christmas really happens.

Santa is not real. But, the truth is more remarkable. Instead of an unfamiliar man breaking into your home and, all in one night, delivering presents worldwide– sort of like an aggressively professional Parcelforce – real people are involved. On one day, parents all across the world organise themselves to give their children a treat and then, most peculiarly, pretend that it wasn’t them. They blame it on a man in a red suit (who is also employed by Coca-Cola) solely to make the occasion a bit more magical. A collective, selfless, gesture. In the capitalist West, altruism such as this seems counter-cultural. The superficial media image of Santa is a fantastical version of events; an idea that someone’s whole purpose is to come down from on high and deliver presents for all. Much more inspiring is the unglamorous reality of people working hard to afford gifts for their friends and family.

Christmas itself suffers from a similar misrepresentation. For years criticism has been raining down from be- tinseled pulpits that we’ve all forgotten the true meaning of Christmas and that there is no longer any distinction between Coca-Cola materialism, Winterval and the Christian festival. These sermons have been misguided, attacking the popular image of Christmas rather than focussing on the reality.

As many have discussed, Winterval is not a new term, nor are the pagan festivals to which it alludes. However, neither is it Christmas. Much like the Summer Solstice, Equinox or other paganistic rites, Winterval is a marking of the changing seasons and passing of the year; a new event annually. Christmas is a celebration, a retelling, of a singlular event. A birth, approximately 2000 years ago, that anyone of any metaphysical outlook would agree changed the world. Even with the blurring of imagery and quaint traditions between Christmas and Winterval they remain conceptually distinct and cannot be conflated, despite the worst fears of conservative clergy. Christmas cannot be equivalent to celebrating the shortest night, a separate occasion for every year, as it is a commemoration of something past because of its continuing relevance today. Christmas is no more Winterval now than it was 2000 years ago.

The shadow of materialism that many have cast over Christmas is deceptive too. Materialism is a drive to own an object. From the very earliest mythology Christmas goes directly against this as primary school Nativity plays have shown us this for years; the three Wise men arrive, a-picking their noses, to deliver gifts. Material objects indeed! But, they are being given not purchased for private enjoyment. The Shepherds, complete with tea-towel headwear, don’t have any gold so they bring what they can – animals. That for us in the Western world Christmas presents so often take the form of shiny objects should not mask the point that they are being given, not selfishly bought. Nor should we consider ourselves any more generous than those giving less glamorous presents.

So as we celebrate this Christmas, only during late December because of Roman Emperor Constantine, it’s worth remembering that all the bits of it that are tacky, fake and manufactured are just as superficial as they seem. Artificial add-ons to Christmas remain just that – add-ons. The core message of altruism remains unchanging.

For Christians, Christmas is their opportunity to remember a fantastical gift from an otherworldly figure. Even if that seems as implausible as Santa Claus to you, don’t forget that it is the inspiration for all the generosity around at Christmas time; people travelling miles to go and spend time with family members they don’t get on with, the amazing work achieved by charities, the mass deception of children. All because people see it as important to be generous and make a little magic in the real world. 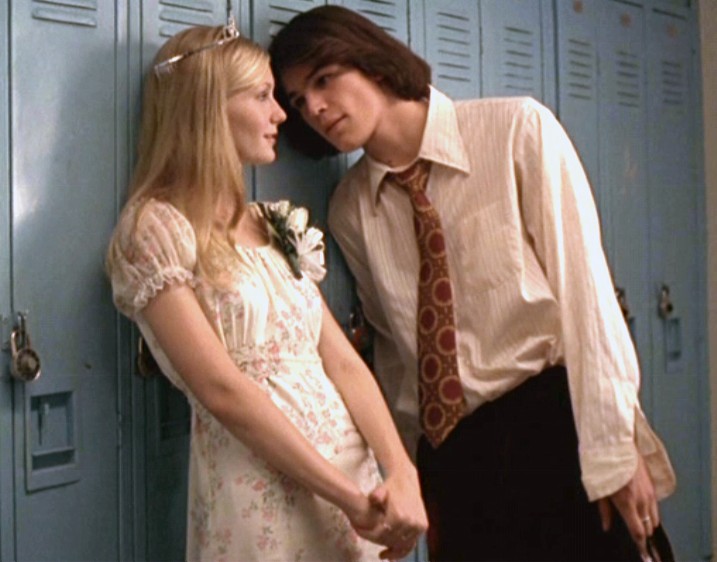 The Bling Ring: the glittery spawns of modern evolution