Figures recently released by the NUS reveal that nearly one in four physically-impaired students have been a victim of a hate crime.

A survey of over a thousand disabled students revealed that those with visible impairments – such as physical or sensory – were significantly more likely to experience disability related prejudice. 43 percent of the students admitted to changing their appearance or habits in an attempt to avoid hate incidents, often meaning they went out less or attempted to disguise their disability.

80 students reported experiencing at least one hate incident whilst studying at their current institution and a large proportion of those incidents occurred in or around their place of learning. While this number was relatively low, the survey found that these students were more likely to have experienced such behaviour multiple times.

The survey found very few incidents were reported on by the victim. Only one in five students reported the incidents to their university and only 12 percent reported them to the police. However, 66 percent of disabled respondents did not know if their university or college provided information about where victims of hate incidents could go for help and support.

NUS Disabled Students’ Officer Ruby Kaur stated in response to the report: “It’s clear more needs to be done by our universities”.

The survey also revealed that students are very concerned about the possibilities of disability related prejudice. A third of physically impaired students stated they were “fairly worried” about being subject to abuse. Moreover, 43 percent of the respondents who described themselves as having a “health condition, impairment or disability” altered their “behaviour, personal appearance or daily patterns” in order to avoid hate incidents. The report states that those victims who changed their behaviour and habits often became isolated and socially withdrawn. Often they attempted to hide their impairments. One respondent said: “I try not to look as disabled as possible, eg. walking without my crutches.”

However, Mansfield College student Rosie Chesterton, who uses a wheelchair, stated: “I’ve not experienced any hate crimes during my time in Oxford. I have found both students and staff to be very helpful, friendly and inclusive.” She claimed that the college, and university, have been very supportive and that, where necessary, “adjustments to my needs have been made”.

The NUS has made ten recommendations to FE and HE institutions based on the results of the survey, which range from strengthening the existing support services to providing flexible options for students to report hate incidents.

Andrew Dunne, OUSU Students with Disabilities Officer, stated that “OUSU supports the aims of the NUS” and added that “this is not something that has been brought up in any survey targeting those with disabilities. I will however, be carrying out a survey to see if there is an issue early next term.”

The survey results were released on 16th December. 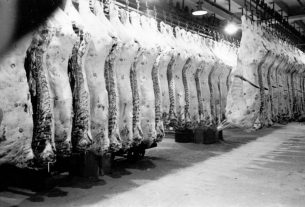 Sound Cloud Gets Popular Around The World