2011 has been a year dominated by public protests, from the Arab Spring to the international Occupy movement and anti-governmental demonstrations in Eurozone countries. So much so that TIME magazine this month named their Person of the Year as ‘The Protestor’.

Over the same period Twitter has rapidly expanded, hitting the milestone of 100 million active users in September 2011. Now an Oxford-led team has studied for the first time the role of the social medium in protests.

Dr Sandra González-Bailon, from the Oxford Internet Institute (OII), worked with researchers from the University of Zaragoza, Spain, to analyse Twitter’s part in the Spanish protests for governmental reform in May of this year.

The study, which Dr González-Bailon called “the first empirical study analysing the mechanisms behind protest recruitment by means of online networks”, analysed almost 600,000 tweets posted by almost 90,000 users over a 30-day period. The researchers concluded that tweets had two main roles in the protests.

Firstly, ‘random seeding’ took place, in which initial activity is produced by early participants. Subsequently, other users, known as ‘spreaders’, used their wide connections to reach millions of other Twitter users.

It is thought that the ‘spreaders’ are critical in the mass diffusion of plans for protests amongst the online community, rather than the first process of ‘random seeding’. Dr González-Bailon said the research showed that “mass mobilisations depend not on the influence of central users, who are nonetheless crucial for their growth, but on the actions of many users in local networks that will ultimately reach the influential core“.

However, the authors, whose study was published in Scientific Reports, warned that further research was imperative as user demographics and exposure to offline media were not considered in the study.

You can, of course, get the latest news from The Oxford Student on twitter @OxStuNews 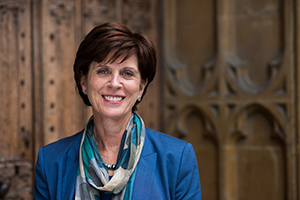