Prince Edward launched a new community fund and opted for an ethical lunch during a visit to the Turl Street kitchens this Wednesday.

The Earl of Wessex, who is seventh in line to the throne, visited the charity Oxford Hub’s premises, situated above the restaurant, to launch the Jubilee Fund for Oxfordshire.

In a gastronomic extravaganza the Prince was served local cheeses, Cotswold trout and Earl Grey cupcakes. He was also presented with pink macaroons, though he was not seen to eat any of them.

However, Head Chef Carl Isham said: “It’s a great opportunity to showcase our food and we hope all the guests enjoyed it.”

The Oxford Hub is a local charity, which enables students to volunteer in the local community helping with projects such as tutoring and conservation. It also played host to representatives from many local charities who have supported the foundation.

Tim Stevenson, Lord Lieutenant for Oxfordshire and President of the Oxfordshire Community Foundation, said: “I was thrilled that The Earl of Wessex could visit Oxford Hub. It is a wonderful initiative bringing students and the local community together.”

Hertford student and Hub volunteer Rachel Nichols met Prince Edward and said: “He was keen to hear how students are getting involved in the local community and really making a difference.”

The Prince’s visit was the first royal visit to Oxford in 2012 and comes shortly after the Duchess of Cornwall’s visit to Queen’s College last term.

The manager of Oxford Hub, Rachel Stephenson, was thrilled that he had visited the charity, explaining: “He told us about his time at Cambridge and how he found it important to get out of the university bubble through joining groups, just like students here who volunteer through Oxford Hub. Overall he really enjoyed the event and lunch at Turl Street Kitchen. Maybe next time he’ll bring the whole family down!” Rachel also added: “We are always looking for new volunteers”. 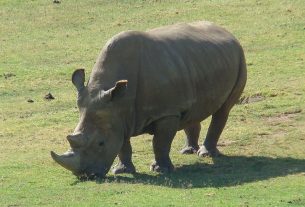