What if Astrology is real? It is not only a multi-trillion dollar question, it is a life or death issue. It is the missing element in all the fumbling disciplines of quasi-knowledge being taught in the universities today. Without this missing element, not only can the institutions not solve the current problems we are facing, they are actually creating them.

Astrology is just a word made up from Greek roots in the 14th Century. It is many thousands of years older than that and has had many names and applications. It is better in this age to call it the ET Effect.

As a licensed psychologist and professor of psychology for 20 years, I gave over 3000 psychological evaluations. As an ashram astrologer in India for 20 years, I have given over 3000 sessions. The end conclusion is that the ET Effect in the field of personality is real.

If the ET Effect is real in the field of personality, then it may be a real effect in other disciplines also. I have just spent 50 hrs week for 5 years researching this question. The end conclusion is that the effect is universal.

Take biology. We are not disconnected and isolated on Earth from the rest of the Universe. F.A. Brown is the classic researcher here and has found fiddler crabs, clams, potatoes, seaweed, etc to be phase locked to cosmic frequencies of solar and lunar cycles. The whole phenomenon of exogenous biological clocks pertains but is unexplained.

And even in history, the orthodox position, of a linear progressive model is illusionary and not supported by the evidence. Instead, the flow of events is cyclical with ups and downs.

Whilst I have mentioned just these fields, similar situations apply in economics, physics and medicine.

If these results were in any other field but ‘astrology’ the evidence would have lead to more funding than LHC. This is a culture bound prejudice since 1666 when science/society went psychotic thinking reductionism/facts (left brain) could explain anything, while pattern recognition (right brain) was ignored.

The Malcontent on: Christmas 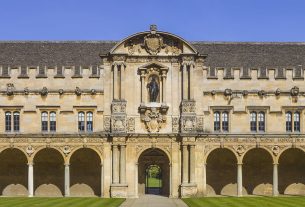