Harris Manchester students rejected a motion to subscribe to the Wall Street Journal on a matter of “principle” in their latest JCR meeting.

The motion was proposed at the JCR meeting by second-year law student Edgar Mkrtchian. He said: “The JCR currently subscribes to a wide variety of newspapers from across the ideological spectrum, including The Independent and the Morning Star.”

He felt that the WSJ had “some of the most knowledgeable, deeply analysed and well-written articles on business and financial news. This is particularly important because of the current economic climate and the likelihood of a Europe-wide recession.

Christopher Mills, who opposed the motion, said that he voted against it “because it went against the principle of a previous motion to unsubscribe from the Times, which was based on News Corp’s behaviour regarding The News of the World.”

Calum Proctor, a second year PPEist, who proposed the first motion to change subscription from The Times to The Telegraph, said: “The Times was a great British paper. Under Murdoch’s ownership, it has become a quasi-tabloid rag, although lacking the writing talent of the tabloids. I consider the Murdoch empire has had a clear negative impact on British print journalism. Therefore the motion was about standards of journalism and about the

detrimental effect of news monopolies, especially when they pursue the ‘values’ of the Murdoch empire.”

The informal JCR boycott of News Corp publications was labelled by Mrktchian as “misguided.” He said: “The motion to subscribe to the WSJ failed when someone brought up that it was owned by Murdoch. This is misguided for two reasons. Universities hold as a central tenet the free pursuit of knowledge – deliberately not subscribing to a newspaper because of a dislike of the ownership of a holding company runs counter to that goal. Secondly, if the JCR is going to engage in a boycott, that should be decided upon as a general policy rather than haphazard misguided measures. We currently support 20th Century Fox and other Murdoch-owned properties.”

JCR President Lois Sage, said: “Be- cause we are a college for mature students, our JCR is made up of people from very different backgrounds and a variety of ages and political stances, and we subscribe to a variety of publi- cations with this in mind. However we review our subscriptions regularly at JCR meetings.

I believe that as a student body, the JCR is capable of making rational and considered decisions and we could not for a moment suggest that the other papers we subscribe to do everything right either, which is why we reserve the right to change our minds and vary our reading matter every few terms.” 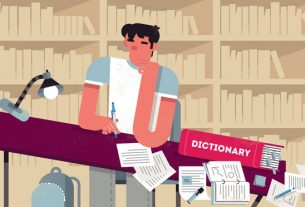