Fabled for her diminutive height, Sandi Toksvig was marginally taller than I had anticipated and is almost unnervingly charming. On meeting her it was a challenge to restrain myself from revolting sycophancy; Toksvig is, for me, a kind of hero. To have a brilliantly witty, openly gay and mainstreamed comedian blaring out from your family’s kitchen radio is a wonderful and powerful thing when you’re a slightly baffled adolescent.

Host of the News Quiz and columnist for the Telegraph Toksvig is also notorious for her unsuccessful bid to become Chancellor of Oxford University in 2003, so I was keen to know whether she would consider running again. The answer is an unequivocal ‘yes’: “I didn’t do it for the sake of it, I did it because I really care, because I don’t think you guys should be paying for your education, I had a free education and I think that’s what you’re entitled to.” She strongly believes that University Chancellors should be more actively involved with the concerns of undergraduates. Running was also, she says, “great fun”.

When asked whether she had received any particularly weird fan mail Toksvig was quick to point out that: “having a television or a radio doesn’t mean you have a certificate of sanity”.  She recounted how she had received a letter that morning from “somebody who’s obviously bit of a free lib but wanted me to do all sorts of peculiar things…” and described the man who had once turned up at a live show balancing a covered box on his lap for the entire performance. He later approached her announcing “he had got something for her” and removed a cloth to produce a Perspex box containing six white mice, which he had bred for her. She politely declined the offer, citing her ownership of five (non-existent) cats. 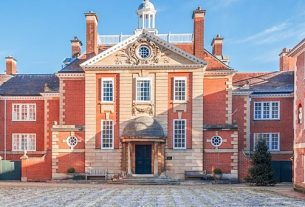