While we were all raising our cholesterol and decimating our livers over the Christmas break, a news story emerged which may give us cause to be a little more careful about our health. Following an amendment to the controversial Health and Social Care Bill, the private patient income (PPI) cap, which limits the income of NHS hospital trusts to an average of around 2% at present , is to be raised to 49%. Hidden behind talk of ‘increased money to invest in NHS services’ is the truth that a further blurring of the line between private and public health will be disastrous for those who can’t afford to pay.

The current PPI cap is there to ensure that NHS hospitals concentrate first and foremost on providing prompt and effective treatment for NHS patients.  Given the real-terms spending cuts hitting hospitals at the minute, pressure to increase revenue in any way possible is only going to mount, and the protection afforded by 2% cap will be lost. Replacing the safeguard will be a concentration on income maximisation, inevitably achieved by prioritising the needs of private patients, who offer most income potential. The lamentable result will be a two-tier system in which those who rely on public provision face a reduced standard of care in comparison to those lucky enough to have insurance, or an income which allows them to pay for their treatment outright. If there is no disparity between the quality of care received in NHS hospitals by private and public patients, then there is no incentive for private patients to keep paying. Therefore, in order to keep the income coming in, NHS hospitals will need to privilege private patients, allowing them to queue-jump, or prioritising their needs over those of public patients.

Admittedly, any system incorporating a private element inevitably lends itself to a situation in which those who pay for their care are able to buy themselves some sort of advantage. However, this situation is something that the NHS should seek to counter, not cement. The government’s aim should be closing the gap in quality between private and public healthcare, not helping this division to infiltrate our hospitals.

We’re told that the income generated by increased provision to private patients will be chanelled back into improving NHS services, but the danger is that a truly efficient ‘business model’ would put money back into ensuring continued revenue streams, i.e. into improving the appeal of the NHS to private providers. Thus we enter a vicious circle – money made from private patients is plugged back into improving services and facilities in hospitals used by private patients. As such, said private patients rate this hospitals higher, providing further ‘evidence’ and incentive to keep increasing the proportion of private patients. Any perceived success will be largely illusory, because private healthcare companies are well-known to cherry pick more straightforward procedures with higher chance of ‘success’. The impact, however, will be very real – those hospitals which are able to maximise their private revenue will do so at the expense of their NHS patients, while other hospitals in areas which have less ready access to private income streams (in short, anywhere beyond the South East) will be left to helplessly struggle on with their ‘efficiency savings’.

At a time when the gap between rich and poor is getting ever more apparent, we shouldn’t be causing more divisions within our health system. It would be wrong to say that the NHS shouldn’t be changed at all, but whilst we may not be able to treat the NHS as a wholly sacred cow, we must stop healthcare from becoming a cattle market. 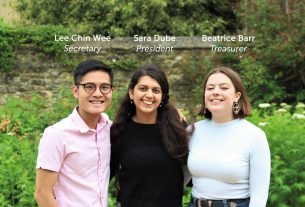