Several of the most prominent names in the media industry gathered in Oxford on Wednesday for the tenth Oxford Media Convention (OMC).

The event, organised by mediaguardian and the Institute for Public Policy Research (IPPR), was entitled: “What Future Faces Britain’s Creative Industries?” and saw over 25 figures from the industry speaking to delegates from around the UK.

The convention came after a challenging year for the industry, which was dominated by the hacking scandal and Leveson Inquiry, the advancement of plans for London’s “Tech City”, News Corp’s collapsed bid for BskyB and the ongoing consultation for the new Communications Bill.

The event was chaired by James Purnell, former Cabinet minister and now Chair of the IPPR. Opening the convention, Ed Vaizey MP, minister for culture, communications and creative industries, praised Britain’s creative industries, addressed the coalition government’s policies, and expressed his optimism that “self-confidence will return in 2012”.

A panel addressing the future for British media after “Hackgate” included Steve Hewlett, presenter of the BBC Media Show, Tom Watson MP, most well-known for his work regarding the hacking scandal, and Dan Sabbagh, head of media and technology at Guardian News & Media.

Following this, Ed Richards, CEO of Ofcom, delivered a keynote speech on the future of regulation in the British media. The morning concluded with two parallel panels attempting to answer questions related to social media, cross media ownership , and media pluralism.

In the afternoon session of the conference Lord Patten, Chancellor of the University of Oxford, spoke in his capacity as Chairman of the BBC Trust. Setting out the case for public sector broadcasting he said that they “should be able to demonstrate through what they do that Britain is not going to the dogs”. Of the media conference, which some commercial companies paid over £550 to attend, Patten commented: “Conferences like this are likely to become an industry in themselves.”

Harriet Harman, the shadow Secretary of State for Culture, Media and Sport, also praised public sector broadcasting in her keynote speech, observing sinisterly: “We think we bring up our own children but ‘auntie’ is beside us while we do it.”

Harman also discussed the freedom of the press and said that she would defend press freedoms despite the criticism she received from the media during her time in office. She cited some of the nicknames given to her by the press as: “Harriet Harperson, Hapless Hattie and she who hates men”. Whilst insisting that it would “not be good enough to let the dust settle and then go back to business as usual” she claimed she was in favour of thoughtful debate on press freedoms, rather than hasty legislation.

David Abraham, the CEO of Channel 4, discussed the channel’s progress post-Big Brother, highlighting the channel’s £18 million investment increase in British-made programs since he took up office. He also focussed on online promotion of the channel. 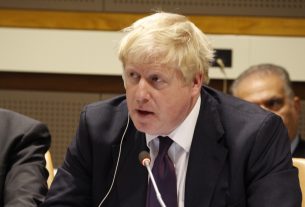 “May the Ox be ever in our favour”