These fearful creatures, often short of sight, with spindly limbs and long, grey hairs are some of the most intimidating to be found in the great Librarias Mountains from which their name derives.  The Mountains are known for their eerie silence, which is not due to a lack of life, but to fearful attack by these creatures, known as librarianus spectacalus.  The Librarias range is, in fact, teeming with creatures, but they are all silenced by the ruthless librarianus, particularly those making mating calls.  It is thought that librarianus suppresses the mating calls of other creatures because its own mating call is so feeble, sounding almost like a whisper. Therefore if it wants to meet a mate, it has to be heard, and so it must forcefully silence the other creatures, particularly those with loud shrieking mating calls such as fresherus fresherus.

When it is not attacking other creatures librarianus spectacalus spends most of its time catching the unsuspecting rectangular creature bookius bookius in the strange firm linear webs with which they line their mountain caves.  But librarianus does not eat bookius bookius; instead they catch it for the strange effect it produces when they stare at its underbelly.  This involves the swelling of the head, and is thought to be caused by invisible electromagnetic waves produced by bookius which enter the eyes of individuals who stare at them for long periods.  librarianus spectacalus favours a large headed appearance when searching for mates, so they stockpile bookius bookius in their caverns and stare at them frequently to maintain an impressively large head.

However, librarianus are not the only creatures in the Oxford basin who favour the large-headed look; they have competition from the terrifying finalius mentalus and the all powerful tutorus tweedius.  These two species enter the caverns of librarianus, and to its great dismay remove bookius bookius from the webs and take them away.  It is believed that the only reason librarianus does not stop this is because finalius and tutorus both carry small rectangular pieces of a substance which they rub against the entrance to the caves to produce a blue light which temporarily hypnotises librarianus.  fresherus fresherus is also known to use this hypnotic substance, but can hardly ever been seen in the Librarias Mountains; it is thought that they cannot keep their eyes on bookius bookius for long enough to reap the head growing benefits.  Furthermore, their shrieking mating calls mean that they are frequently the unlucky targets of librarianus spectacalus’ attacks.

librarianus spectacalus does not hunt.  In fact, it is thought that it subsists entirely through the scavenged food that it coerces from other species entering their cavern.  finalius mentalus is the most fruitful target for librarianus, as it spend large periods of time in the caverns with bookius bookius, and frequently carries two of librarianus’ favourite foods, coffee and bananas.

A Vegan in Athens 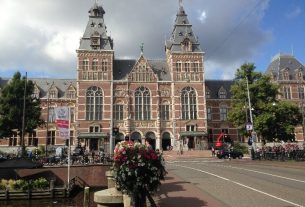