Tory members of a select committee of MPs have vetoed Vince Cable’s favoured candidate for the new head of the university admissions watchdog, the Office for Fair Access (OFFA).

Professor Les Ebdon, speaking before the House of Commons Business, Innovation and Skills Select Committee on Friday, had said that he was willing to “press the nuclear button” if universities fail to broaden access.

He went on to confirm that he would consider refusing to sign a university’s access agreement if they did not succeed in attracting disadvantaged students.

“There are some colleagues in the Russell Group universities who are just as passionate about widening participation as I am,” he said. “I would be aiming to strengthen that opposition so that is the case throughout the whole university system.”

However, the Business, Innovation and Skills committee yesterday published a report that stated: “We are unable to endorse the appointment of Professor Ebdon as the director of OFFA and we recommend that the department conduct a new recruitment exercise.”

The move is likely to create a political row, as Labour committee member Paul Blomfield, who was unable to vote on the decision, described the vote as a “political ambush” which “had more to do with coalition politics than concern with access to our universities”.

Ebdon, currently vice-Chancellor of Bedfordshire University and chief of Million+, a university think-tank, had been an outspoken critic of government policy on universities.

Regarding the options for punishing universities, he said: “At present there are £500,000 fines – which are hardly sanctions at all but the other option is to refuse to sign an access agreement.” 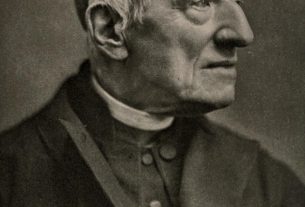 Zuleyka under fire for “censorship” as Oxford Union election heats up