So. After eight years, the axe has finally fallen on the TV epic that is House.

That’s eight years, eight seasons, and over 150 episodes that spent 45 minutes trying to find out what was wrong with a patient, only for House to punctually find the answer following the third and final advert break.

Don’t get me wrong, I love House. I love the witty dialogue, the originality, the sheer wonder that is Hugh Laurie’s acting. But, somewhere over the past eight years, what was witty dialogue has started to edge towards formulaic. And, in their quest for originality, you can’t help but feel that the writers had maybe used up all of their good ideas. Whereas past seasons ended on notes of screenwriting genius (will Amber die? Is he hallucinating? Is this even real?), last season ended with…. House randomly driving a car in to Cuddy’s house. For no clear reason. There’s a fine line between unpredictability and the ridiculous, and I’m just not sure that the episode made it.

Using exactly the same structure for each episode didn’t bother me- the ideas for each episode were usually interesting enough to distract from the predictability of the outcome, while if the patient was too boring the character development throughout each season was a welcome break. Cuddy was confident, witty and strong enough as a character to successfully act as a match for House, both professionally and romantically, while House’s relationship with Wilson provided both humour and some of the most meaningful, emotional moments throughout the entire series. But Cuddy is gone, and House’s friendship with Wilson- like so much else on the show- doesn’t seem to have actually developed all that much, and so far this current season has been noticeably under-featured.

If there’s anything that demonstrates how formulaic House has become, it’s got to be the casting of the female characters. The series started with Cameron filling the “really hot girl” role on House’s team, and after actress Jennifer Morrison left this was replaced by Olivia Wilde. However, the characterisation of Thirteen- as a spiralling, self-destructive sufferer of Huntingdon’s Syndrome- was inventive enough that her character remained distinct from Cameron. But this season has brought Dr Adams, a character bland enough that I had to double check her name on Wikipedia. So far, she’s come across as little more than a weak imitation of Cameron as her character has achieved little more than ticking the “really hot girl” box- she’s even in the compulsory relationship with the same really hot doctor, Chase.

Eight years ago, House worked because although it had a tendency to be formulaic, both in episode structure and characterisation, it worked within these conventions to offer something that was both original and subversive. Now, I enjoy it because of the memory of what it used to be: it still has flashes of its old brilliance, but it’s time to say goodbye.

You Kafka see it: Bad Faith at BT 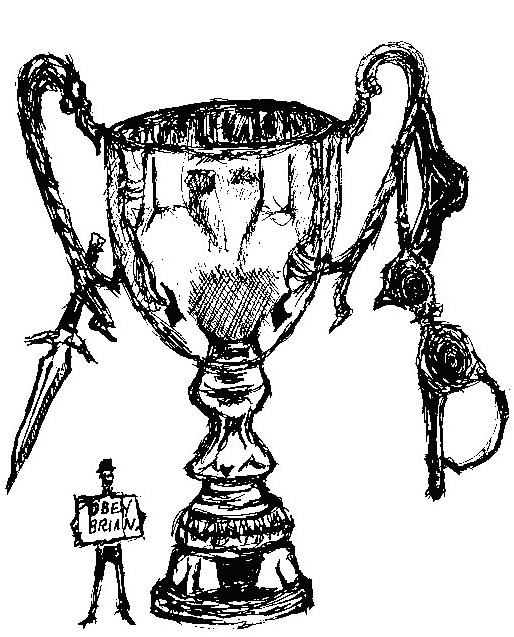 Saturday: The best of Cuppers