What would you do if you woke up without your student loan? It certainly beats a regular morning-after. Alcohol might give you hangovers, drugs get you kicked out, but only gambling has the ability to make you absolutely broke in a single night.

And unlike hard drugs, gambling is legal. In fact most of us do it; who’d resist a go on the college pub quiz machine? Many of us play cards, buy lottery tickets and bet on sports. But increasingly students, including some at Oxford, are finding this pastime taking over their lives

It’s easier than ever to gamble, as the bookies are now literally at one’s fingertips. Recent years have seen an explosion in online gambling, with sites such as williamhill.com offering hundreds of pounds in free bets to draw punters in. They offer that perfect mix of procrastination and entertainment for that mid-essay crisis in your room. Moreover they present a challenge; that with our Oxford-certified genius we can somehow beat the system.

In fact the whole panoply of Oxford life is disturbingly geared up towards gambling; the boredom, fast internet connections and the sudden injection of cash as the loan comes in. But as an addiction it is yet to be taken seriously at this university; OUSU’s welfare website says next to nothing about it, while sufferers are often derided for a perceived stupidity; it is yet another ‘not at Oxford’ problem. Worryingly, for a problem most prevalent among young black and Asian communities, and growing among women, compulsive gambling is still seen as the preserve of the middle-aged white working class.

How much is too much? It’s clearly possible to risk thousands while being fully in control, but have a mentally devastating addiction without spending much at all. The problem with compulsive gambling (as with many other habits) is that it is a sliding scale; and is generally seen as a progressive disease. For some, the potential for addiction is always there, and can manifest itself even in infrequent gambling. You’ll only know you have a problem with gambling when it actually starts causing problems; missing deadlines, losing friends, or draining a bank account.

Already the scale of the problem is becoming apparent; thestudentroom.co.uk is heaving with anonymous threads revealing ruined lives. An example closer to home is that of “John”, a Cambridge maths graduate interviewed by the BBC spent his university days an obsessive online poker player.  According to him “A typical routine would be wake up in the late evening, get dinner and then play until lunchtime the next day and then go to bed”. After graduating he was only able to ditch his habit by shutting his laptop and travelling to the other side of the world.

John’s solution is perhaps easier said than done. Gambling need not be an addiction. But with temptation just a few clicks away, vulnerable students are sure to get sucked in. Whether the university welfare services have the ability to cope has yet to be seen.

I spoke to two students intimately involved with the world of gambling in Oxford. This is what they told me:

I often ask myself why I play poker, especially after losing $15,000 pots to complete idiots.

Any game involving money is bound to be thrilling, but poker is more than just a bit of luck. It’s a simple game, yet there are so many nuances that I am confident in calling it the best mind sport out there. It tests every inch of your intellectual abilities, mental faculties and emotional integrity. If you can hold a straight face, play your cards right and be patient, you will have a high chance of going home with a huge profit.

However, like any other game or sport, it requires dedication and practice, not to mention the ability to restrain your emotions. Serious and professional players have an unbelievable understanding of probability and risk, but their success comes from hard work and practice.

The game’s intellectual pleasure is different for everyone. For some it’s the aspect of bluffing and deception, while for others it’s the challenge of reading other players’ emotions (“tells”) and using that extra information to outplay them. For me, it’s the joy of understanding a system well enough to crack it.

The rush of seeing the next card, or, better yet, seeing it give you a full house, is unbeatable. No less adrenaline is pumping through your body than in a physical sport, and coupling it with intellectual stimulation makes poker an amazing activity.

When my friends first invited me to play poker at the casino, I hesitantly accepted, knowing that my parents wouldn’t be happy with me “giving my donation to the casino,” as my dad always said. I didn’t know that poker would become such a fabulous hobby, let alone my biggest source of income to date. Seven years later, I find myself sitting at $5/$10 tables at the local dog track with hundreds of dollars changing hands by the minute. And I love every moment of it.

Some may argue that an addiction to poker is dangerous and that the thrill of the game could justify potentially life-changing financial losses. Although gambling addiction is dangerous, most people can comfortably achieve their thrill with low stakes and by sticking to a ‘golden rule’ of not betting more than they can afford to lose.

At Oxford, the poker scene has far from an addictive personality. Players show up to our weekly cash games with a desire to spend an evening with friends or to make new ones. Poker is a very social game; it can be a great way to break the ice with new coworkers or neighbors. It develops a bond among the players: people sit around a table with cards, playing and talking for hours in an excited yet chill environment, discovering that they all have the same passion you do.

You’d think when Arsenal went 4-0 up againstNewcastlein February a win was inevitable. Well, at least my mate did. His student loan went on that game in order to win a couple of quid. What a dick. He had the shittest term at uni ever.

It was a shame because he’d done so well up until that point, regularly winning more than £50 in a weekend. He was the one who had got me into it. I thought that so long as you kept your head you could beat the system. I wasn’t very good at keeping my head and looking at the stats and though I was only betting pence I was leaking money. I thought that maybe a system in roulette was the way forward. And so, by always placing money on black, I doubled my bet whenever I lost, meaning that I’d always eventually come up positive. This is a good principle if you have bucket loads of money anyway, but, as my mathematician friend delighted in proving to me after I’d lost my nerve and £25 on the game, I was much more likely to win the £50 I wanted if I had just placed all the money in one bet.

I thought I’d give it a break for a while but the rush I get from even a slight risk was irresistible and I started playing dice for forfeits. One roll of the dice between myself and one other would determine who would have to listen to that bloody Barbara Streisand song on repeat for 24 hours. One roll determined who was forbidden from sleeping in their own bed for a whole week. This too had to come to an end when my friend turned blue after attempting to drink 4 jugs of water in 45 minutes. She was unable to walk so we had to carry her out of the canteen so she could throw it all up before she (almost) died on us.

Looking back on 18 months of leaking money, however, I’m not too fussed by the fact I’ve lost over £60 in total. I honestly think that the excitement of seeing the occasional bet come through is worth it. What is more concerning is that I have given up almost every single Saturday afternoon to watch BBC Sport’s live text coverage of the Premier League games. If instead of betting I had been working, perhaps I might not be just about to fail Mods in 3 weeks time… 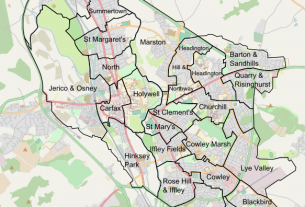