Several homeless people were forced to sleep on the floor as rooms became full due to freezing temperatures and high demand.

Shelter charity Oxford Pathway’s Chief Executive Lesley Dewhurst said: “We make sure that, when temperatures are below freezing for more than 3 nights in a row, no-one has to sleep rough”. She said up 20 extra sleepers were accommodated across the city’s shelters.

Pathway’s runs homeless shelters O’Hanlon House and Julian House in Oxford. O’Hanlon’s reception said: “We did have emergency measures in place last week, for the direct access rooms, but that’s over now”.

Even in normal conditions there is a waiting list for the 56 “direct access” rooms, the charity added. These are en-suite rooms available to walk-in rough sleepers aged over 25, which cost £3.50 per night, according to the Oxford Homeless Pathways website. Priority for them is given to the most vulnerable applicants, and the shelters provide access to medical and mental health facilities in Oxford.

Dewhurst explained that homeless people have died at this time of weather in the past. However, the staff at O’ Hanlon House were reluctant to comment on the health implications of the weather, saying: “It depends on their underlying health conditions and physical state”.

The health conditions of long-term homeless people can often be poor; Oxford Pathways’ own website estimates about 30% of O’ Hanlon House residents have mental health issues, 30% have alcohol problems and 40% misuse hard drugs. This results in a life expectancy of 42.

The charity estimates that on a normal night there are several rough sleepers in central Oxford, which they believe is proportionally higher than central London. Even this estimate may be but a fragment of the total; Crisis, one of the UK’s leading homelessness organisations, estimates 62% of rough sleepers are ‘hidden’ on any one night. However Oxford Homeless Pathways told The Oxford Student that they believed that most homeless people in need of shelter during the recent cold spell had gone looking for it.

St Anne’s JCR Charity Representative Ellie Warnick said “Homeless people are the shadows of society. Most of the time, people refuse to give money not because they do not care about the homeless but because they feel it is a problem they are powerless to solve. With so many homeless people competing for our attention and money, it is all too easy to accept homelessness as part of everyday life and become indifferent to it. However, it is important to take practical steps to help these people. Ignoring them only exploits their vulnerability as the problems which left them destitute remain unresolved.”

According to Crisis, up to one in five people in the South-East of England fear losing their homes, with 19% seeing problems with mortgage or rent payment to occur in the next few months. 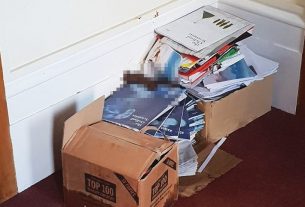