Looking into the past is the favourite mode of football pundits. As far back as 1981 World Soccer was questioning the £1 million transfer fees of ‘players unlikely to make any all-time Hall of Fame’, pre-empting Kenny Dalglish’s transfer policy by 20 years. In fact, writing in 1955, the Anglophile German journalist Willy Meisl saw the 1925 change in the offside rule, allowing only two players to be between attacker and goal, as the moment when football ended as a sport and became a commercial product.

In modern football there is even more to complain about, with players receiving enough money to fund small countries and ticket prices now seeming to cater for rich tourists rather than local fans. Yet the most irate comments in mainstream media will be addressed towards the issue of tackling – the likes of Mark Lawrenson and Gary Neville are constantly moaning about the referees preventing players from going in heavily, often referring back to the ‘good old days’ where a two footed challenge on the opposite number ten was just as likely to earn you a man of the match reward as a sending off.

There seems to be no consistency in these opinions though (notable exception Mick McCarthy aside). When Gael Givet was sent off for a two footed lunge on Van Persie the opinion was, rightly, that he should have been sent off, but when Vincent Kompany was sent off for a similar, albeit more successful, challenge these pundits raised their arms in disgrace and began bemoaning the death of tackling in football. There are two points to be made from this; firstly, tackling has never been solely about throwing yourself into reckless challenges, so saying that tackling in football is dead is ridiculous. Paolo Maldini always showed the virtues of timing, patience and technique as well as strength in winning the ball. The fact that Kompany, one of the best centre-backs in the world and playing for one of the best club sides, feels the need to go into two footed tackles to win the ball reveals much about English footballing attitudes.

The second point is that the media reaction to a tackle is based entirely upon consequences, so that if a player wins the ball he’s a hero but if he catches the player he’s a villain. This means that only when someone’s career has already been ruined by a broken leg do we stand up and make some arbitrary complaints until a referee sends someone off for a similar tackle and we return to indignation at the state of the modern game. If injuries such as those suffered by Eduardo, Aaron Ramsey and Djibril Cissé are to be avoided then consistency towards dangerous tackles is vital, even if this involves sending players off for successful tackles. 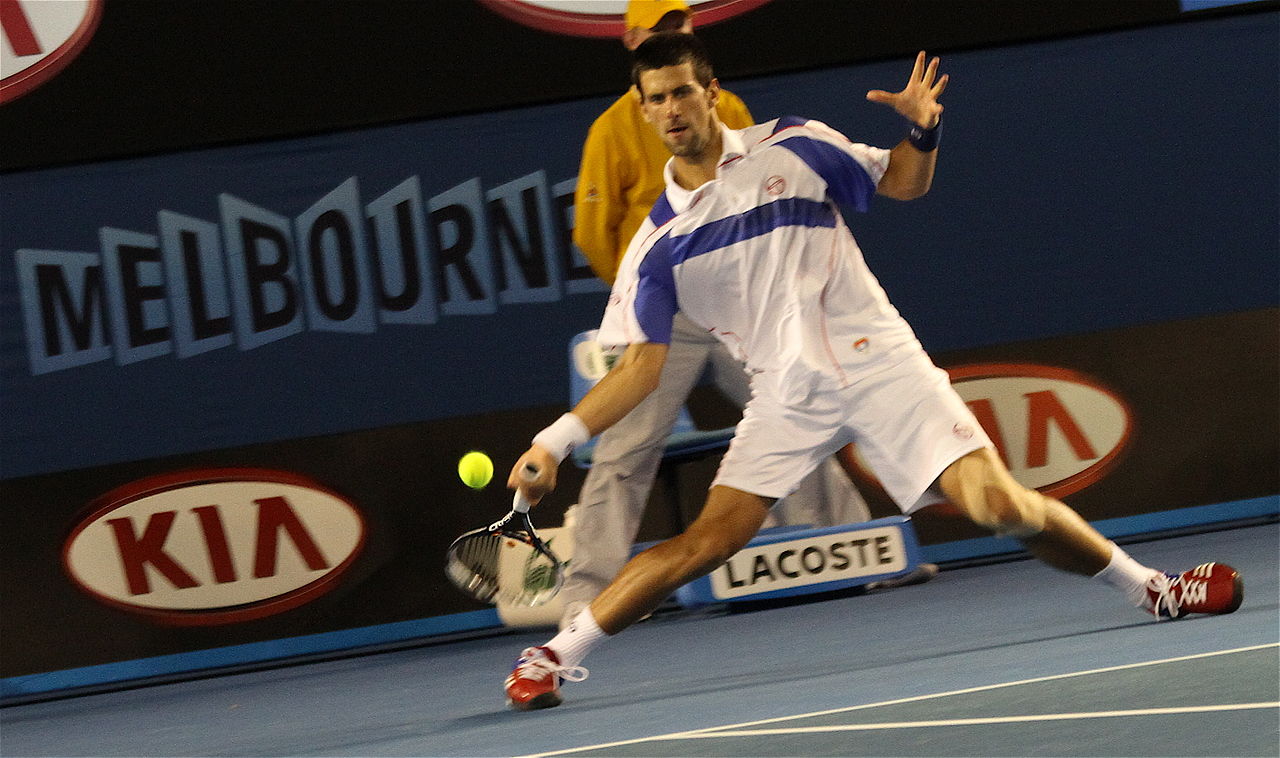 Dominant Djokovic keeping himself ahead of the pack