The original text is adapted to be perfectly suited to theatre, without seeming remotely forced into a form in which it is uncomfortable.  Performing rather than reading the text actually serves to render more effective the meta-textual elements: the action slips seamlessly between the Peppermill’s production and the surrounding performance, causing the tragedy from the outer play to resonate through the satire of the inner, and vice-versa.

The cast members slip in and out of functioning as actors, props and members of the orchestra.  Particularly effective was a moment in which two cast members joined and acted together, with one being the head and torso and one acting arm movement.  While heightening the satire, this also serves to illuminate the cruelly puppet-like nature developing in the Germany presented outside of the theatre confines.

The versatility of the actors, as well as the creativity and quirkiness of the director (Milja Fenger) is outstanding, as demonstrated through the workshop exercises forming part of the preview.  Milja directed scenes to be acted and re-acted in different styles, with actors working under individual secret instructions – a technique which will be employed (to a lesser degree) each night of performance.  This will allow the play to remain fresh throughout its run and perfectly demonstrates the ease with which the cast work together.

Nick Howard-Brown, playing Hendrik Hofgen, was exceptional.  As Hendrik rehearses in ‘The Peppermill’, Howard-Brown portrays just as captivating a Mephisto as he does his own character, exhibiting the breadth of his acting ability.  Georgia Waters (playing Alex), in a scene which explored the intensely personal reactions of those directly or indirectly witnessing Nazi persecution, acutely and painfully depicted the effect of national horrors on the mind of the individual observer.  Her performance allowed a deeply personal insight into the growing awareness of the reality of Nazi power from the perspective a non-party member.  Also disconcertingly strong was Johan Floderus, playing the Nazi superintendent, although his chilling enactment was weakened a little by the slightly camp ‘Heil Hitler’ with which he exited a scene.

Overall, the acting was excellent and the direction original and interesting.  I believe this performance will be suitably unsettling, but really quite fantastic. 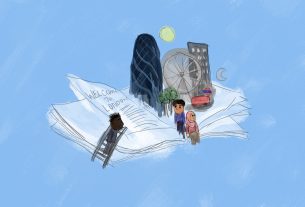 World Cinema vs. Hollywood: it’s a small world after all…