Somerville’s Halfway Hall is set to take on an unusual flavour this week as over 90 students head for Jamal’s restaurant after their college failed to offer them an official dinner.

The event burgeoned from a Facebook group set up by the College Entz reps, which swiftly grew to the near 100-strong cohort that will be heading for Jamal’s.
Somerville’s JCR Vice-President Dan Purcell said that he thought the event was “a great idea” and that he was “really looking forward to the whole thing… It’san excellent choice of venue – Jamal’s is a fine establishment”.

Ali Hydar, the manager of Jamal’s, an Indian restaurant close to the college on Walton Street, said that the massive booking was “Great news for us!”
Despite the size of Somerville’s reservation however, Hydar said that it was by no means the largest of the year and that they are “well experienced with this kind of thing, and equipped to make sure everything goes smoothly”.

Entz rep Barney Geddes-O’Dolan: “The halfway hall is such a standard part of college life around the university… I hope it will help bring the year group together… and give everyone a night to remember.”

One thing that Somerville students can certainly look forward to is Jamal’s more relaxed attitude towards drinking games. ‘Pennying’ is banned by many colleges, but as any visitor to Jamal’s will know, the sport is almost obligatory at this Oxford institution.

The event will be in black tie, according to Geddes-O’Dolan, with speeches from JCR officials and the announcement of ‘most likely to…’ awards, voted for by the students.

He added he hopes the event will persuade the College to hold a Halfway Hall in the future: “If a group of students can behave themselves in Jamal’s, then surely they can be trusted to behave in any setting… I believe that this is a really great opportunity to show the sort of spirit and unity on which Somerville prides itself.”

Somerville did not say why they did not offer students halfway through their course a special dinner in Hall.  Their Communications Officer said: “To my knowledge, the Somerville JCR has not yet asked to have half-way hall reinstated. The Domestic Bursar has advised me that she is very happy to review the arrangements if requested.”

They held Subject Dinners throughout 4th, 5th and 6th weeks and a standard Guest Night but no Halfway Hall.

A second year Somerville PPEist commented saying: “I think the whole thing is a terrific idea. I mean, we could have gone somewhere posh like the Randolph, but for me the only true symbol of Oxonian gastronomic endeavour is Jamal’s.”

A Magdalen student described his own formal event as “eminently forgettable”, adding: “it would be cheaper and just as good to have it at Jamal’s.”
Another Somervillian second year was also positive about the choice of Jamal’s: “It’s a princely establishment, full of the intoxicating scent of exotic spice, and the spine-tingling taste of incense”.

Another went on to add: “Despite the trilling prospect of Jamal’s, I’m a little upset that the college didn’t offer us the opportunity to have a half way hall in… well… hall. To be honest I wouldn’t be surprised if a lot of the responsibility for that rests with the certain members of college staff  who have a reputation for rarely listening to the JCR and, frankly, they’ve become a bit of a joke in how little they take into account the general sentiment of the student body.”

“You come to expect inappropriate touching” 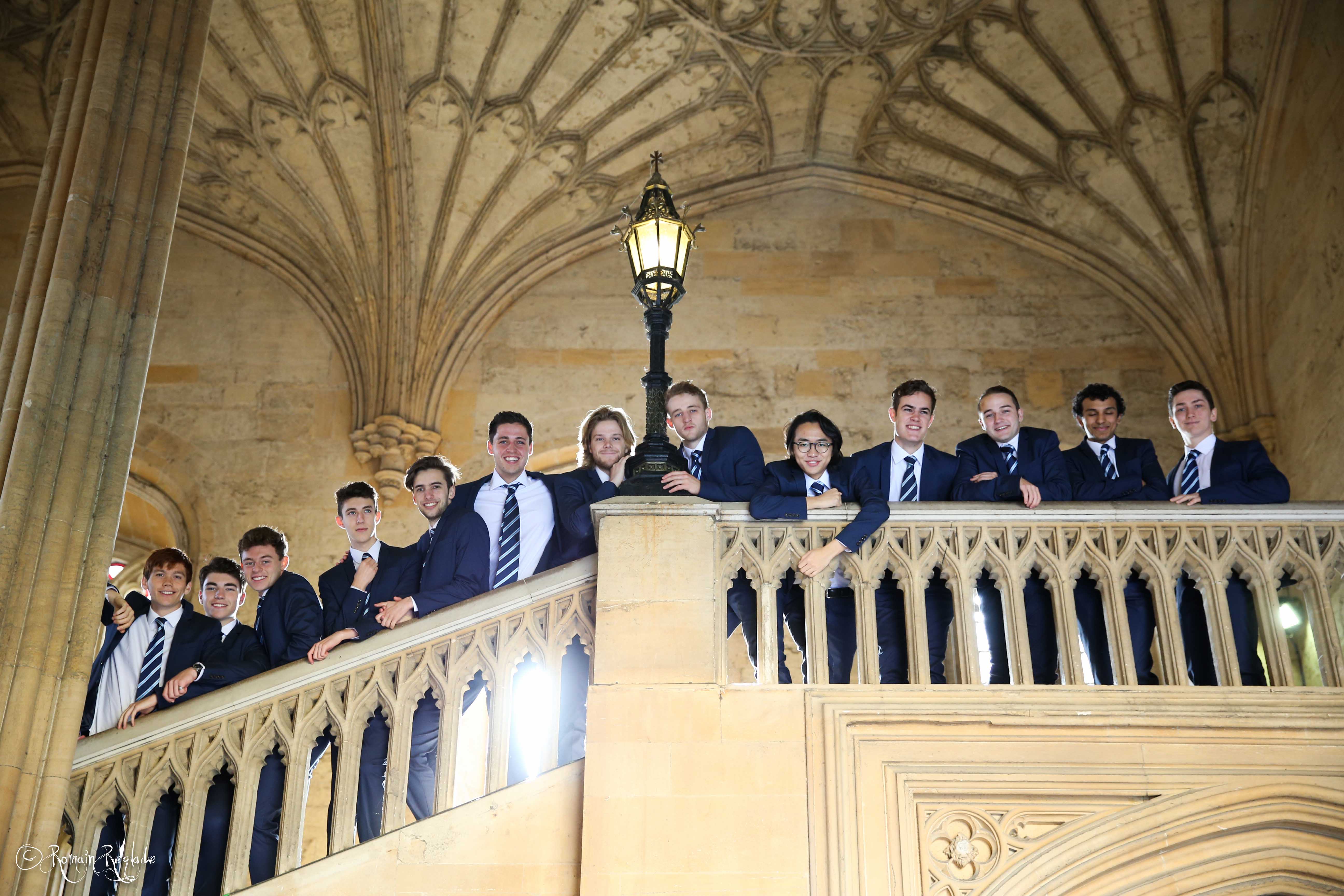 Out of the Blue release Christmas charity single