When the news broke in the summer that Chelsea had agreed to Porto’s release fee for manager André Villas-Boas, I really felt that that was their best signing of the summer. His age, incredible track record and consequent success in Portugal, not to mention his experience shadowing Mourinho made him the ideal candidate to take over from the departing Carlo Ancelotti.

Things, as have been well documented over the course of this season, have not been very rosy for him. The reason for their sudden decline in form is unclear – the current Chelsea team probably has the best balance of youth and experience that it has had in the past six years or so. A concern for Chelsea fans has been the aging of the squad; the need for a transition – perhaps both this and success cannot be expected immediately.

For what my opinion is worth though, I think it is to do with more than just a phase. The Chelsea dressing room is filled with personalities, who are quite used to playing every week, so being dropped for more than one fixture at a time must come as a shock to the system. AVB’s age doesn’t help either – at 34, he is of a similar age to the big names in the squad. The perception of authority is obviously marred to some extent in such a situation. The same players haven’t performed when the time was necessary – and this includes the likes of Lampard, Drogba, Cole, Malouda and of course, Torres.

Not to mention the overpowering figure in owner Roman Abramovich yet. It must be one of the downsides of the Chelsea manager’s job when one has managers’ life expectancy down in one corner of the mind. Abramovich is certainly not known for his patience with his managers either, piling even further pressure on AVB.

Villas-Boas needs to be given time. A transitional period is never an easy time for any club. AVB has brought with him a continental philosophy and style of play, and that certainly showed during the early part of the season, when Chelsea were finally managing to shake-off their tag as a “boring”, and “robotic” outfit. Success during this time will be difficult to come by, especially when your players come out in the media to air their frustrations with the manager.

AVB’s goal is a noble one – to build a Chelsea team that will be able to sustain success for the next few years. If it means that the same will be in short supply at the present time, then the owner, the fans and the players need to be patient. His meticulous approach and a no-holds-barred approach to man-management are never bad traits for a manager to have. 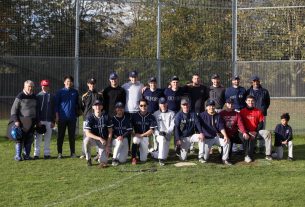