James Restall proposes that News of the World should not have closed and it’s a good thing that the Sun on Sunday is filling its shoes.

This weekend, the Sun on Sunday will go to print for the first time. Although it appears that the new paper is merely an extension of the popular daily tabloid, the void created by the closure of the News of the World could not have come sooner enough. In fact, it should not have happened at all.

The closure of the News of the World was due to allegations from the Guardian that phone hacking journalists had deleted voicemail messages on murder-victim Milly Dowler’s mobile phone to create space for more, thus giving hope that she was still alive. New evidence now suggests that these messages were accidentally deleted by police investigating the 13-year-old’s disappearance. While the phone hacking that did take place at the News of the World must be condemned, it is a crying shame that more than two hundred good, honest journalists at a paper which had cleaned up its act lost their jobs.

In a world in which print journalism is in decline it is of crucial importance that News International has decided to launch another newspaper. Of course it is unclear whether the former-NOTW staff will fill the newly-created positions – at the moment the Sun on Sunday is being headed by its weekday editor, Dominic Mohan. But if this new paper can capture the spirit of its predecessor then there is still a future for investigative journalism. Who could argue that any of the front pages celebrated in the NOTW’s final issue were detrimental to public interest?

If it wasn’t for the ‘Screws of the World’, Salman Butt, Mohammad Asif and Mohammad Amir would still be playing cricket for Pakistan despite agreeing to fix the first test against England in 2010. Sarah Ferguson would still be able to sell access to her ex-husband Prince Andrew for half a million quid and Jeffrey Archer’s perjury in a libel case against the Daily Star which won him the same sum in damages would not have been exposed. In the wake of eight-year-old Sarah Payne’s murder in 2000, the NOTW campaigned for ‘Sarah’s Law’ which allows parents to find out if they are living near a sex-offender. This measure had been implemented across England and Wales since 2011. It is this legacy which the Sun on Sunday must continue.

Phone hacking is wrong but it is a thing of the past – in losing the News of the World we have lost honest, professional journalism. The Sun on Sunday must rise from its ashes and continue its important work.

Matt Reynolds argues that the News of the World was a disreputable and  dishonest paper and we can expect nothing more from the Sun on Sunday.

If you’ve followed the natural order of things you’ll have read the proposition opposite. Take a closer look, perhaps, with your eyes misted over with tears of incredulity and disbelief, you missed the inclusion of two peculiar words: ‘good’ and ‘honest’. If by good, we mean fundamentally xenophobic, racist and downright anti-intellectual then the ‘News of the World’ is certainly a ‘good’ paper. If by honest, we mean involved in a myriad of high-profile court cases after using illegal means to gain information, or just outright lying, then I’d say that the ‘News of the World’ was staffed by unashamedly ‘honest’ journalists.

With that in mind, I wholeheartedly welcome the new ‘Sun on Sunday’. And, of course, by ‘welcome’ I mean ‘look forward to in the same way I might look forward to having my wisdom teeth removed by Bruce Forsyth.’

Let’s face it: what can the Sun on Sunday actually offer us? Following on from its predecessor, the News of the World, it shall be the newspaper equivalent of being shouted at by an overweight middle-aged skinhead. Its discordant bellow will be almost entirely incoherent, save for a repeated chorus that will sound suspiciously like ‘KERRY CANTONA’S TITS AND BLACK IMMIGRANTS ARE KILLING OUR TROOPS AND STEALING OUR JOBS.’

Sunday is a day of rest, a day of tranquillity, a day to take a break and let your hearing recover after spending a week being shouted at by the Sun’s daily vitriolic rants. There’s no need for you to buy the Sun again on Sunday. Just read over any issue from the past fifty years, the stories haven’t changed. Or, cut out the middle man and just spend an hour reminding yourself to feel a heightened animosity towards anyone non-English, it’ll be just like you’ve read the Sun without even having to exert the effort of rolling yourself down to newsagent’s to buy a copy.

It’s at this point that we return to the idea of honesty. The question isn’t about the honesty of the journalists; it’s about the honesty of the reader. And, if you’re in favour of the Sun on Sunday, you’re not being honest with yourself. You want to see tits – don’t feel guilty about it, there’s a whole internet of tits out there, and God created private browsing for a reason. 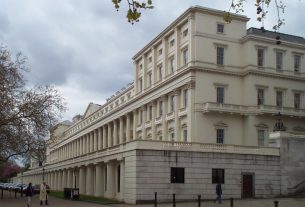