Jonathan Freedland is a modest man. When discussing other journalists who also wrote fiction, he claims that there’s “Evelyn Waugh and Michael Frayn at one end and, at the other end, me”. This is far from the case; under his pseudonym Sam Bourne Freedland has published five novels and sold nearly two million copies.

His latest novel, Pantheon, follows the adventures of James Zennor, a troubled young Oxford don who returns home one morning to discover his wife and son missing. His search for them takes him right across the Atlantic to Yale University where they had been evacuated. But in his pursuit for his family he uncovers one of the darkest secrets of the Second World War.

The idea for the story developed from a conversation with former cabinet minister James Purnell who, discovering they had a mutual friend, asked if Freedland knew the amazing story about their friend’s mother’s evacuation to Yale and the suspicion of a darker motive behind it. “Within twenty seconds of him saying it the penny dropped and I could see the story. I thought, ‘that’s the next Sam Bourne novel’”.

As Freedland researched the theories behind the Oxford to Yale evacuations the story continued to develop. “Almost all the best bits of this new book are from the historical record – the gobsmacking, eye-popping stuff is all there”. Novels where facts inspire the fiction are common among journalists. He thinks that it’s no coincidence that “all these great figures in literature were also reporters. They all knew how to use a notebook and that’s really the key quality. The things you are taught as a reporter about research, accuracy, and chasing down the last fact.”

As an alumnus of Wadham College, Freedland was “delighted” that the story allowed him to write about the city he loves. “There’s something incredibly appealing about Oxford as a setting specifically for a thriller. Partly because the geographical location is so compact and the streets are close knit and partly because you have a concentration of extremely intelligent people so if you’re writing a thriller that turns on ideas to have a city that lives and breathes ideas was perfect”.

In order to be able to accurately describe Oxford some 70 years ago, he took walking tours around the city to get an idea of how it would have looked. “I was suddenly seeing it with completely different eyes and had to pretend the cars that I’m seeing aren’t here, the pay and display machine isn’t here”. Freedland doesn’t feel he could have thought of Oxford in this way when he was a student here. “I would have seen the contemporary Oxford but instead I had a shadowy memory in my mind which could then be filled in by this historical detail. By the time I’d finished writing the book I really did have that in my head to the point where when I came back to the real Oxford it was a shock to see all these buildings which weren’t in my mental Oxford”.

Freedland acted out many of the roots his protagonist takes through Oxford. Reproducing the morning that Zennor discovers his family are missing, he encountered an unexpectedly large audience. “I just decided which house in Norham Gardens he lived in and re-enacted what he would do. I ran up to LMH and then back again and then to the path into University Parks”. Unfortunately, he had chosen the night of the LMH ball. “God only knows what people going to the ball thought I was up to. I did get a couple of funny glances from the porters”.

Many of Freedland’s previous novels have had modern life right at the heart so writing in such a different era without today’s technology was a new experience. “It was slower to write the book because I had to check and research every single detail. At one point he needs to make a telephone call from a payphone and that’s an hour of research. You can’t just write”. However, the lack of modern technology allows the story to play out at a slower pace and twist and turn in a very satisfying way. “I found it very freeing that he could not take a short cut. [Modern technology] has taken a lot away from the action. Writing in the 1940s restores to the thriller writer what made thrillers exciting and that is the chase”.

The chase is most certainly captured and Zennor’s search for his family accelerates at an exciting pace without leaving you behind and missing the nuances of the dark theme at its heart. The plotline writhes from your expectation at every turn keeping you on tenterhooks throughout.  While the action is the thrust of the story, the real masterstroke is Zennor’s yearning for his family which makes them, as Freedland puts it, “present through their absence”.

Pantheon is shaping up to be yet another smash hit for Freedland and is sure to add to his already impressive celebrity fan base. Sam Bourne is particularly popular in the political world drawing fans all across the ideological spectrum: from David Miliband to Nick Clegg to Samantha Cameron. Even Piers Morgan is an avid reader. As Freedland’s success continues, it won’t be long until he will have little choice but to consider himself among the ranks of his idols.

Pantheon is published by HarperCollins and is available in all good bookstores. 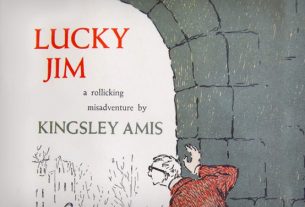