The Olympic torch is to be taken to the Iffley Road stadium by three members of the University this summer.

On 10th July 2012 the torch will be carried around the Roger Bannister track as it leaves Oxford.

The three members of the University who will bear the torches in Oxford are Professor Richard Cooper and DPhil students Doireann Lalor and Nicola Byrom, who study Modern Languages and Experimental Psychology respectively.

They were chosen through Samsung’s nomination programme for service to the community.

Professor Cooper has been involved in Oxford Sport for 45 years. He began as a student playing hockey and cricket and later became a senior member of sports teams. He was Chair of the University Sports Committee for 15 years. He has now retired, but continues to play cricket for the University emeriti team.

Lalor runs her college’s energy-saving campaign and runs recycled craft workshops for children. Byrom launched Student Run Self Help in 2009 to help students with eating disorders and has since raised over £60,000.

Byrom said: “Myself a recovered anorexic, I am thrilled to be carrying the torch, and will be running my 300m for all young people out there fighting an eating disorder; it’s a great opportunity to shout loud and clear that recovery is possible.”

During the 9th July, the torch will travel through the streets of Oxford and will then be taken to the free ceremony, a family celebration, at South Parks. It will include a performance of the Tree of Light, which highlights the fragility of the environment around an industrial ‘tree’, powered by cyclists and rowers.

The torch will formally leave Oxford on the morning of 10th July, where a designated torchbearer will run a circuit of the track and then exit onto Iffley Road where it will rejoin the ‘Olympic Torch Street procession’. The University will also hold a sports day for local schoolchildren at Iffley Road on 9th July.

Katy Kim, a St Peter’s student, said: “It’s really great that the torch is coming to Oxford, but it is slightly problematic that hardly any students will still be in Oxford by July, unless they decide to come back just to see the torch, but that would mean having to find accommodation in Oxford, which is difficult at the best of times due to College accommodation being needed for summer schools or conferences.”

A Teddy Hall First Year said: “It might be a good thing for the city though as it is likely to bring in even more tourists…and I guess that’s always good for business.”

8,000 torchbearers will carry the Olympic Flame across the UK, beginning in Land’s End on 19th May 2012 and passing through more than 1,000 cities, towns and villages before arriving at the Olympic Stadium on 27th July 2012 to mark the start of the Games.

This coincides with the announcement that from 20th March until 1st May 2012 it will cost bearers £199 to buy the torch from Games organisers Locog as a souvenir. During the relay the cost will rise to £215.

Some torch-bearers have already criticised the cost, but Locog said each torch costs £495 to make, and that it was subsidising the price. 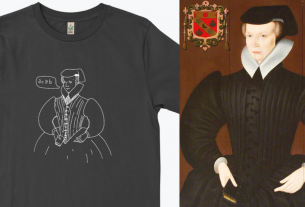