Plans for an overhaul of the UCAS system, where pupils would apply to university after A-level results, have been scrapped following “insurmountable difficulties”.

The plans would have been the most radical change to university admissions in 50 years.

A major review of admissions under the previous government established that the current system, based on predicted grades, worked to the advantage of assured, wealthier applicants.

The review, led by Professor Steven Schwartz, argued that less advantaged applicants lacked the confidence to make what might be aspirational choices. It concluded that a post-results model would be “fairer and more transparent”.

UCAS had said late last year that a full post-A-level results application system could be initiated by 2016. It suggested that these changes could have been phased in from September 2014.

Liam Burns, President of the National Union of Students, said: ‘This is yet another missed opportunity to grasp the nettle and demonstrate a sustained commitment to post-qualification admission, which is a fairer way for students to apply to university.”

But universities showed little interest in any drastic changes to the system.

The Russell Group of Universities maintained that a change of the system would be detrimental to the most disadvantaged pupils.

The 1994 Group defended the current system for allowing “institutions to develop relationships with prospective students, helping to support them through the process”.

A key concern in the proposals was that it would simply not be feasible to fit a post-results system into the current academic year model. There were concerns that the new system would not give universities enough time to consider and evaluate applicants.

It was also noted that different exam timetables across the UK would not be compatible within a reduced time frame.

Another criticism was that this model would be too systematic – relying simply on exam results, rather than the full assessment of the candidate.

It is now being argued that the priority should be to create a better clearing system, which would be a “fair, managed, online process.”

Burns said he would support proposals which would reduce the “annual chaos and stress of the clearing process”.

Mary Curnock Cook, UCAS’s chief executive, said that clearing process was originally designed as an informal system, but with the demand to cater for 50,000 students each year, there is need for the process to become more “fair and transparent”.

The UCAS admissions review concluded that they want a more structured process with information on the options available becoming more accessible, resulting in less of a scramble for places.  This would then mean creating a gap between exam results and a later date when the remaining places would be assigned.

David Willetts, the Universities Minister, also supported the need for a more comprehensible clearing system, noting: “Proposals to replace clearing with a fairer and better-managed process mark a significant change to the most fraught part of the applications cycle, and will be a very welcome innovation for applicants.” 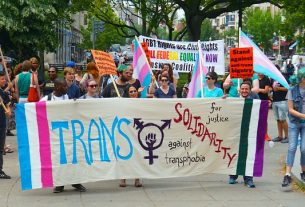 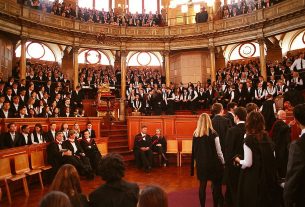