The number of possible victims in a police investigation into child sex exploitation has doubled as Thames Valley Police (TVP) made two further arrests in Operation Bullfinch.

A 39 year old man and a 40 year old woman were arrested on Tuesday 10th April and both held on suspicion of police grooming. The male suspect has been released on police bail until 10th May, and the female was released without charge.

TVP arrested 13 men in dawn raids in various areas of Oxford on 22nd March. Over 100 officers were involved in the raids as part of Operation Bullfinch, which is investigating claims of sexual trafficking, grooming and rape.

At the time, Detective Superintendent Rob Mason said the police force believed they had “uncovered an organised crime group who have been running a business of selling young girls for sex.”

Six men were charged following the raids, five of whom have been remanded in custody on various charges of grooming, rape, causing the prostitution of females under the age of 18, as well as possession of drugs with intent to supply. The sixth man was released on conditional bail on 3rd April.

24 girls had come forward before the raids in March and the figure may be as high as 50. Some victims may have been as young as 11. Detective Inspector Simon Morton said: “We are working closely with social services to make sure the young girls involved are safe.”

News of this child exploitation has shocked some students, with one History and Politics second year student saying: “Though Oxford feels safe to many students, hearing stories like this makes you wonder”.

A first year PPEist at St Hilda’s said: “It’s shocking, especially with regard to the drugs charges involved, that young girls are exposed to such an underworld so young, and so close to our elite University environment.

“I guess Oxford never appears in anybody’s mind to be associated with that kind of activity, but it happens behind closed doors and doesn’t get talked about.”

She added: “I would say I feel very safe in Oxford generally, though Hilda’s second years living out have some stories about the dangers of Cowley.” 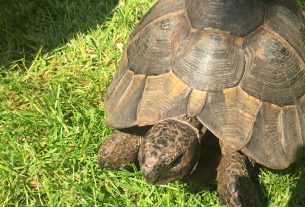