Oxfordshire’s Keep our NHS Public campaign has been really working hard over the last months to get the message out that we are in danger of losing something very precious indeed if we don’t keep hold of it. With the help of Save our Services, the Anti Cuts Alliance, Oxford Trades Union Council and many unaligned concerned members of the public, we have had a good many stalls, leaflet storms, briefings, lobbies of and petitions to our MPs, and street theatre to get across the point that our national health service is about to be sold off unless we use our strength to stop the new Health and Social Care Act becoming a live Act.

The effect of our actions? Over the months, people started coming up to us and asking what they could do to stop privatisation. It started with our ‘big society hospital’ which was a brilliant stunt in Carfax with a lot of fake blood, an operating table, and an open invitation to passers’ by to volunteer their skills in heart surgery, and we carried on with leaflets and petitions. I’m sure this shift in opinion wasn’t all down to us, but we certainly had something to do with it. There was very little coverage in the media until the very last weeks before the Bill was passed, despite the floods of press releases we, and others, sent out. Towards the end of the campaign against the Bill, the professional medical associations, from the British Medical Association to the Royal College of Nurses, came out against it – and this included, in March, the vast majority of GPs in Oxford.

We include people of all ages in our campaign, combined in our understanding that privatising health, and bringing in ‘competition’, will bring waste, duplication, and a two-tier system where good healthcare free at the point of access is a thing of the past. Crazy, when you think that we all pay for it ourselves, from taxes; and that if governments just used our taxes to own hospitals and train and employ staff, we would not be scraping around for more cash; as it is. Creeping privatisation is already costing an arm and a leg (£46 million payments annually under Private Finance Initiative deals by the Oxford University Hospitals’ Trust for starters).

With the Act moving into implementation phase, we are likely to see more and more treatments being taken away, or at best ‘outsourced’ to a private care outfit; other services – like sexual health, or drug and alcohol services, will be ‘commissioned’ by local authorities (with no health training). As a commissioner, your GP will have to balance their patient care with their budgets and that may mean not always offering everything they would like to. As students this will hit you now – and for the rest of your lives.

KONP meets next on 8th May at 7.30 in the Town Hall. www.keepournhspublic.com 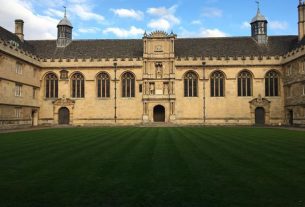