Christina Drollas states her “need to be in complete control of everything” as a director in the prelude to our interview, and it soon becomes apparent this isn’t just talk. Trying to steer the conversation becomes difficult as Drollas insists on returning to previous points to clarify them, or to add a further thought.  Evidentially she is determined to be as thorough in our interview as she aims to be in adapting a novel for stage.

Drollas has adapted four novels for the stage, three in Oxford, and Dangerous Liaisons is the latest; before that The Picture of Dorian Gray (not the Playhouse production), One Day in the Life of Ivan Denisovich and last summer’s Brideshead Revisited. Aside from the obvious point that “they all have elements that make them great dramas,” Drollas reflects that their “vaguely tragic constructions” compelled her to adapt them for the stage.

Over the course of half an hour Drollas gives many reasons for opting for adaptation over directing an existing drama, though she says “it’s less of a conscious decision, more an attraction to an idea.” She hopes she’s bringing the novels she chooses to a wider audience, as well as exposing different facets of the novel to other film or stage adaptations. This is particularly true of Dangerous Liaisons, given the pre-existing eminent adaptation by Christopher Hampton, among others, and Drollas clearly hopes her own adaptation will surpass this notable work though “it was a big decision, not doing his version.”

Certainly her criticisms of Hampton are very clear. “Having studied it very clearly, it’s a masterful piece of theatre but there were things the book brought out that Hampton didn’t: the tragic construction, and Valmont and Merteuil’s religious hubris – those two things are intertwined.” At another point she critiques the way Hampton moved from an epistolary novel to a staged drama by placing written words in the characters’ mouths, something Drollas finds deeply unrealistic. Her adaption is aiming much more for a “transcription of reality” based around “the primacy of the plot.”

Drollas wants to be original. Indeed, her emphasis on “not doing something that’s been done before,” is so great it’s a little surprising she isn’t writing her own plots and characters instead of adapting previous works. Still, there’s little doubt that she’s placed her own spin on the plot, especially when it comes to the antiheroes, Merteuil and Valmont. She’s quite visibly agitated when she describes the ending of the novel: “I thought it was the weakest part of the book, and in that sense I didn’t change it, but I just left the ending of the play ambiguous, because I didn’t want the audience to judge her [Merteuil] as a black and white character, the evil witch was punished and she deserved it. Of course, she’s a real person; she’s not a character from a pantomime.” One senses that Drollas may believe too much in the reality of her characters, but her intentions to the work seem honourable, however diehard fans may feel.

Drollas is clearly enthusiastic about adaptation as a process and her role as writer and director combined allows her complete control over it. Still, she admits that “when a text is so great and so complex and has so many levels, it’s impossible to think one person can give a definitive view of it.” Judging from her pride in the work, this adaptation should definitely be seen as Drollas’, from beginning to end.

Angry Birds is becoming a film… 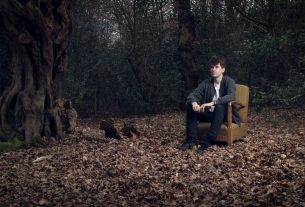