As I walked across the Christ Church quad alongside the tuxedoed gentleman who’s interviewed literally everyone, it’s fair to say I was more than a little bit nervous.

Famous for his political programme The Andrew Marr Show, his radio programme Start the Week and his numerous documentaries, Andrew Marr is one of TV’s best-known interviewers. Having begun his career on The Scotsman newspaper, he went on to be the youngest broadsheet editor in the UK at the Independent, not to mention a highly successful stint as the BBC’s Political Editor.

As we find a spot to ‘perch’ (his choice of term, not mine) somewhere in the depths of Christ Church, I cannot help but feel slightly in awe of this man’s extraordinary charisma. As he speaks, it’s obvious to see why he’s successful. Marr is someone who knows exactly what he thinks, and is quite prepared to share his opinions.

Going straight to one of journalism’s biggest scandals in the recent past, the Murdoch hacking scandal, he says it’s a significant moment. It’s significant not only for politicians but also for other news organisations that have been intimidated by the seemingly unassailable Murdoch Empire. This, he frankly states, has brought to light the dirty secrets of how journalists do their jobs. As we discuss this, Marr is passionately adamant that all journalists have cut corners and done terrible things in the past, adding rather poignantly at the end…“they got caught”!

He laughs, as he appears to reminisce about when he was first being trained as a journalist; “Before mobile phones, we were taught to remove the voice boxes from public phones using screwdrivers – I was up against other rival newspapers, you see. So first thing you do, go round the public telephones and remove the voice boxes so that your rivals couldn’t phone back their stories.”

And as I comment that this sounds like some old spy novel, he is quick to remind me this was before much of the technology that facilitated the recent hacking scandals existed.

“I can then very easily see how journalists under huge pressure to deliver scoops, and nobody questioning how you got that story…” He trails off, before saying that whilst he does not defend anything that was being done, he is sure this practice extended beyond News International.

It is impossible to completely dispel the feeling that were he so inclined, Marr could crush you with his intellect, but his charm is undeniable and you cannot help but feel at ease as he speaks.

As we talk about whether the response to the Murdoch scandal has been adequate, Marr is decidedly unequivocal about his opinion on the proposals for a state-led body responsible for regulation of the press:

“I am very much against regulation of the press. I hope what happens is a much tougher form of rules, run by media and news organisations. The problem is that it is going to have to be organised by the industry itself – which has a long history of failure. You’re going to have to make sure everybody joins, from the Express to Private Eye. Everyone has to be on board. Then they have to all agree on real tough sanctions – fines etc. The chairman, and whoever’s on this body would have to be independent – and given guarantees, they would be independent.”

“We’d have to cross our fingers and see if it really works.”

As I mentioned, Marr has interviewed everyone from Jay Z to David Cameron and the royal family, so I was intrigued as to which he considered his “best” interview.

He decided that despite it being a boring answer, Obama was the one that he enjoyed the most (Marr was the only British journalist to receive an interview with Obama on his state visit last year).  He goes on “It was a great moment to talk to him, they’d just killed Bin Laden. Although, it was a very strange interview. I had my 22 minutes, and you are surrounded by so many people in the room and in the next room- hoards of his people, hoards of BBC people, hoards of technical people…” Then he adds, rather modestly at the end, “We got some good stuff. It made a fair bit of news at the time.”

He also recounts his interview with Gordon Brown in which the PM announced he wasn’t going to hold a snap election “as a great moment that [he] was delighted with.” And then, in an almost nonchalant fashion, he tacks on his famous interview with Tony Blair in which he announced that he was not going to stand for Prime Minister again, as “a good one” too.

In terms of his worst interviews, he frowns as he recounts some with Gordon Brown where the latter wasn’t giving any ground at all- agreeing with the rumours that “he certainly is stubborn”.

He is adamant that, when faced with difficult guests, you “cannot do anything that is against your personality and character.”

Marr admits his personality is much less confrontational than some others, and he laughs as I mention that Jeremy Paxman scares me a little: “Yes, well, I’m not like that. If I were pretending to be Jeremy Paxman or John Humphreys then it would be completely unconvincing, and boring for people- a total waste of time!”

“You often get better stuff from people by letting them talk and by drawing them out rather than by hitting them over the head. I do hit people over the head sometimes- you have to- but it’s part of your armoury, not the whole thing.”

He adds: “My job is to get from people the most interesting they can say, or are willing to say at that time,” and that “it should never be about the interviewer and their ego.”

Marr is quick to admit that his instincts are not always right, however.

“I’ve said in the past- the Gordon Brown pills question (where he questioned the former PM’s use of pills to help him “get through”) – I didn’t feel happy with myself. It wasn’t my finest hour.”

“At the time I was absolutely certain I should ask it, I was completely convinced. I thought if this is the question that everyone’s wondering about, but isn’t going to ask, then I’ll ask it. And he was a bit shocked.”

It is moments like these however, even if perhaps a little misjudged, which set Marr apart from other journalists. He is willing to ask the uncomfortable questions.

As former Editor of The Independent, his views on the diminishing profitability of print media were interesting. Newspapers are struggling, he says, because two things are happening at once. Firstly, the digital world is causing a dramatic decrease in readership, and secondly, newspapers are losing advertising at an alarming rate.

“Everybody’s trying different ways to survive, and nobody, it seems to me, has cracked it.”

Marr says The Guardian has almost entirely rebranded itself as an “online multimedia liberal resource” rather than a newspaper, aiming for more citizen journalism, ‘clicks’ and ‘followers’, while the Times has implemented a pay wall, leading to a 90% decrease in online traffic. “If you talk to Times’ journalists, they’re tearing their hair out in despair. They hate being behind the firewall.”

“The closest to cracking it ,it seems to me, are The Daily Mail. The online site is very different from the newspaper- it’s celebrity based, which has been highly successful- but obviously, this is not something the Times or The Guardian could do.”

And as more and more people turn to the internet for news and information, I question the infamous and colourful comment that Marr made regarding bloggers- calling them “socially inadequate, pimpled, single, slightly seedy, bald, cauliflower-nosed young men sitting in their mother’s basements and ranting.”

As I remind him he snorts with glee, admitting he was “a bit over the top” and being “mischievous” at the time.

“It’s interesting, I said they’re all very angry, and after that came out (he laughs again), it was absolute proof that they were very, very angry”. He readily concedes that there are very good bloggers, but:

“What I’m worried about is that a lot of the blogging world and the online world have been about pure opinion and anger. And that’s all very well, that’s always been a part of journalism, but to me the absolute essence is the fact-gathering and the information side, and to think that blogging is something that could replace professional journalism is not something I would agree with.”

“I would always defend the idea of professional journalists – or full-time journalists, because actually finding out what’s going on, reading the small print, turning up to boring committees hoping something important happens, that’s work, you know, it’s a job!”

“You need to trust who you’re getting your news from, and you need people to actually go and do the work.”

And if one thing is certain, it’s that Marr is actually going and doing the work. When I ask him about any projects he’s got in the works, he seems almost bemused.

He’s currently undertaking the ‘small’ project The History of the World, which will be a BBC1 series, documenting 58 stories from all over the world. He’s also researching and writing the book to accompany this series. In addition, his ‘Queen project’ recently aired on television, documenting Queen Elizabeth’s 60 year reign and he’s also completed his book on that in the past year. This is in addition to his weekly television and radio shows.

He admits: “I’ve been stupidly over-busy. I’ve really really overdone it over the past few years. Most journalists are neurotic, I certainly am, and I think that if you turn something down you won’t be asked again.”

And with that, I leave Marr to get back to work and to overdoing it – queues of admirers have already formed outside for him to sign their books. He assures me however that “Danish television is the new rock and roll” and that Desperate Housewives is “brilliant”. Unorthodox television advice in mind, I return to the intriguing job of the trying to pin down the elusive Mr Marr. 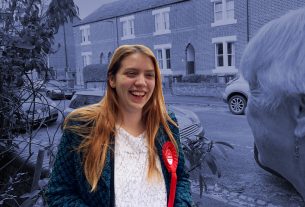 Talk review: An outsider’s take on autism and its causes