Striking students in the Canadian province of Quebec are vowing to escalate their fight against an increase in tuition fees after police used tear gas, shock grenades and arrested dozens of protesters last Friday.

For more than ten weeks now 170,000 students from approximately 180 local unions have been on a strike which has shut down the Port of Montreal, ministerial meetings and nearly all classes in post-secondary education across the province. Students are faced with a 75 per cent tuition fee hike from the average annual cost of $2,519.

The protesters are also highlighting the fact that Finance Minister Raymond Bachand’s provincial budget of 2011-2012 will cut public and accessible healthcare, hydroelectricity and education. Ironically, Bachand labelled these “sacred cows of Québécois society”.

Over the last nine years the Liberals have pursued the interests of the rich with tax cuts for corporations while raising the retirement age to 67. After trade unions suffered a blow in 2005 it was announced that student fees were to increase.

Over the course of five weeks, students engaged in a ‘general strike’ causing significant economic damage to the provincial government. Yet, the majority of the student unions and associations cut a deal with a severely weakened government which had been scarred by two years of continuous opposition by trade unions.

Despite 110,000 out of a grand total of 185,000 striking students rejecting the agreement in their general assemblies the strike was halted. With full privatisation looming, students do not want to see a repeat of 2005 which saw them go back to class empty-handed.

Students have learnt some important lessons. They are organising on a departmental basis which has strengthened the organisation of the strike while helping them to hold the centralised unions to account.

The high point of the ‘Quebec Spring’ has been the 200,000-strong demonstration in Montreal on March 22 when students successfully blocked the Port of Montreal for several hours. More importantly, the two largest public sector unions called their membership on to the streets. Following the biggest student demonstration ever, students called for a week of economic disruptions while also mobilising 30,000 parents in support of thestudents’ demands.

While the mainstream media claims that the government has “extended a hand” by offering students an “increased bursary and loan programs” the government is intent on breaking the movement once again. Premier Jean Charest said: “The decision has been made and we will not back down”. This has only strengthened the determination of strikers.

Students are organising solidarity with locked out Rio Tinto Alcan workers and with hundreds of Aveos employees who recently lost their jobs.

Friday’s protests saw environmentalists and students come out together. They stormed the top floor of a conference centre in which Charest was to unveil further details of his ‘Plan Nord’, a mining plan which will see a 1.2-million-square kilometre stretch of indigenous land sold off to big business. At the same time, other students stormed one of Immigration minister Jason Kenney’s meetings for his anti-gay and anti-immigration stances.

The strike’s success has meant that the return to courses will be at least delayed until mid-June at which point professors will be taking time off from regular teaching. Despite the fact that this means students will have to retake the academic year and might not be able to graduate, they are clear about one thing: “If the strike continues, students are certain to win the fight”. 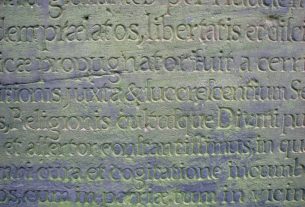 “This house would end the war on drugs”

Lincoln snaps up new building on the High