Even if you have never read a word of Dickens, it is unlikely to have escaped your notice that two hundred years ago he was born. Dickens is everywhere – on our television screens in the form of the beautiful Douglas Booth, in museums, on the radio, and on the publishers’ submissions lists. It is clear that as a nation we still love Dickens and The Times Oxford Literary Festival did not miss out on the chance to explore this further by inviting Dickens experts Claire Tomalin, biographer, John Crace, literary critic and John Sutherland, academic, to speak on this popular subject.

John Crace takes whole books and scales them down to a digested version, critically and sharply observing their primary objectives. For him, his work on Dickens was about how to make this phenomenally talented writer “our contemporary”. John Sutherland’s The Dickens Dictionary takes a different approach of examining Dickens’s writing by unpicking familiar themes across the author’s writing. As speakers, the two Johnnies were incredibly engaging and despite being great appreciators of the author it was refreshing to hear a satirical and critical approach after a year of unadulterated praise. Their dissecting of Dickens’ literature took many avenues, and their exposure of Dickens as a comedian was particularly entertaining – for example, the playful innuendos that Dickens employed in his use of names. “If you have read a lot of Victorian pornography…as I have” Sutherland joked, “then you’ll understand the use of the employment of the name Rosa Bud – a slang word for the feminine form”. Crace is someone who describes himself as a “lay reader” rather than an educated critic and this is the best way to appreciate Dickens. I have been experiencing a love affair with Dickens over the past year and his prose speaks for itself as he makes you laugh at the absurdity of his beautifully crafted characters as well as appreciate the painful poignancy of the trials of Victorian poverty.

Claire Tomalin, acclaimed biographer, whose recently published work on Dickens has won much praise from all number of critics, spoke next. Tomalin began by telling us that the best way to understand Dickens was to hear him “in his own voice”. She described a man full of energy and passion, “a good man” she said, emphasising Dickens’s great concerns for the desperate state of England’s poor and his philanthropic work in ragged schools, prisons and houses of correction. Dickens famously prowled the streets of London at night, expelling his bounteous energy and observing the street life. This helped him build strong convictions about city society and create his memorable characters. When asked what fresh perspective Tomalin wanted to bring Dickens she said she wanted to demonstrate the role of John Forster, a friend who was so influential to Dickens – their friendship so great that in their correspondence Dickens’ occasionally signed off with “till death do us part”. He was the man that suggested Dickens wrote David Copperfield in the first person and as a consequence the novel, along with Charlotte Bronte’s Jane Eyre was among the first to use the technique of using a child’s voice in sophisticated adult literature.

In between the exhausting queue for the book signing I was lucky enough to talk to Claire about her work on Dickens. She made it clear that she is attached to her subject and spoke with alacrity of his extraordinary energy, complexities and vibrancy. Writing biography is a particularly intimate form of historical writing, one which requires close engagement with a character throughout their life. I asked Claire why writing biography appealed to her so much. “Well I love history. And this is one way of writing history” she said simply. Biography is a way of engaging in many different and rigorous forms of the historical discipline as well “studying for my own sake and enthusiasm”. Although Tomalin did admit that there were excellent biographies written on figures such as Hitler and Stalin, she professed that this writing would not have interested her as she attaches a lot of importance to appreciating her subject on a human level during her work. Whilst it is clear that Tomalin revelled in the process of researching such a character and took pleasure in re-visiting and analysing his stories and correspondence, the actual process of writing was different. When I asked her whether she had enjoyed writing the book, her eyes widened. “No, not really. Writing a book is very hard work – especially when you’re dealing with such a complex mind such as Dickens’s”. “But you’re pleased with the result surely?” I asked. She pulled a slight grimace in response to this – “there’s always more that I want to do”. But she did laugh at her own determination for perfection. John Crace had the day before placed a critical eye on Dickens’s serialisation of his novels, claiming that it had resulted in some parts being underwritten and some overwritten. Tomalin did not disagree with this and said “of course there are bits of bad writing” – however, she was eager to point out that many of Dickens’s works were well planned and that he had enjoyed the spontaneity of finding where a plot would take him. Great Expectations, she claimed, had clear notes and was to her mind “the most perfect Dickens novel”. Claire Tomalin spoke with great ease and warmth of a subject she so clearly adores – this shone through in her speech and writing. She brings a fresh and intelligent eye to a well-researched subject, adding to the great host of new ways to explore Dickens’s work this year.

Why Found Footage is Old News 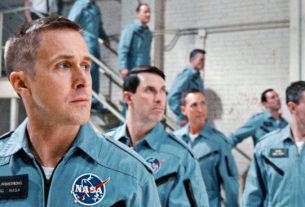