Mashups are sonic compositions that typically blend excerpts from various pre-recorded songs. Seamlessly, DJs and producers make sound collages and essentially new songs that often transform the original meanings found in the samples they choose. Mashup artists combine their skills of selection, meaning the ability to pick songs that will mesh well together instrumentally and rhythmically, with technological knowledge of audio manipulation.

The DIY mentality of punk music shows its influence in the similar attitude of mashup music, where accessible and uncomplicated audio software can make anyone a mashup artist. Given the artistic tendency to use the catchiest or most rhythmically appealing parts of a song, mashup creations are consistently high-energy. This makes most compositions ideal for dance clubs. Mashup listeners are often kept in suspense as to what will be sampled in a given song, making a first listen undeniably exciting in the search for familiarity.

Though the mashup genre may seem relatively recent in the history of music, it has roots that trace back to the times of Charles Ives and John Cage. Ives’s ‘Central Park in the Dark’ is considered one of the first sound collages.

However, it was not until 2004 that mashup really gained significant acknowledgement. ‘Grey Tuesday,’ which took place on February 24 that year, brought the genre to mainstream attention through the distribution of American DJ Danger Mouse’s The Grey Album. Featuring White Album by the Beatles and Jay-Z’s Black Album, Danger Mouse’s creation was inspired by his own encounter with the mashup phenomenon in the UK that was sparked by a radio program called “The Remix.”

Other notable figures include Super Mash Bros, Milkman, wait what, and DJ Earworm.

Mashups are related to the musical techniques of sampling and remixing. The genre experiences continual development through experimentation. Mashup fans will find that albums are extremely accessible via the internet. Mashups are mostly legally safe as the limited use of copyrighted material falls under the general fair use policy, though this may change in the future.

Tenacious D back with a vengance 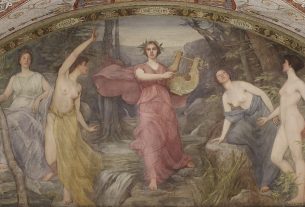 The state of modern poetry

New adaptation of Importance gets it wildly wrong