In many Western films, soundtrack – though undeniably an important element that often establishes physical and emotional contexts within a movie – is often made to assume a supporting role. When one goes to see the newest romantic comedy or action movie, the score is rarely something that viewers actively anticipate. With Bollywood films, the characteristic trend to combine music, song and dance to accentuate particular moments within a movie is not only expected but is now the dominant aspect of Bollywood films. Bollywood music – often called filmi music – is unique in that all performative elements (voice, characterization, dance) are equally important.

Bollywood film songs emerged nearly at the same time as the discovery of technology that allowed such additions to previously silent films. It is important to note that “Bollywood” is a term often misused to encompass all Hindi films, when in fact it only refers to movies produced in the region of Bombay. Bollywood music was principally inspired by some forms of traditional music such as Ramleela, nautanki, tamasha and Parsi theatre, among other Indian regional music. Though classical Indian music had strong influences, filmmakers would occasionally take the opportunity to experiment with some Western musical concepts, making Bollywood films truly postcolonial sites of imagination. Lyrical origins ranged from classic to modern poetry.

Interestingly, Bollywood actors sometimes did not actually sing their parts. Instead, famous singers would be dubbed over the film track, reflecting the new cinematic technology of playback as well as the audience’s expectation of seeing a familiar face and hearing a (different) familiar voice. Some famous songwriters include Anand Bakshi, Harivansh Rai Bachchan, Javed Akhtar, Gulshan Bawra, Gulzaar, Dev Kohli, and Nidi Fazli.

Bollywood music has slowly begun to leave the realm of film and show influences in other composers’ work around the world. Baz Luhrmann’s Moulin Rouge features a scene and song inspired by an upbeat track called “Chamma Chamma” (see “Starter Playlist.) Additionally, and perhaps more well-known, A.R. Rahman of Slumdog Millionaire fame composed “Jai Ho” and through the nature of that particular track introduced some key elements of Bollywood music that make the genre particularly memorable and unique. Bollywood film and its music also forms one way the Indian culture has been effectively transmitted through media and entertainment. 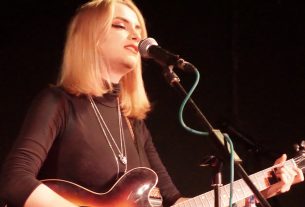