The Oxford Union, possibly slightly ironically, voted last Thursday in the RAG comedy debate, that they would rather in fact be mediocre than mad. The annual comedy debate is intended to be a light-hearted opportunity for members to relax amid finals, political scheming and weighty considerations of the future of the Middle East.

The debate was originally supposed to be another example of Oxbridge rivalry until the Cambridge Footlights pulled out, to be replaced by the Oxford Imps. The voting was done through people’s wallets, as they donated to charity based on which team they thought deserved to win. Despite being the Union’s second choice, the Imps turned out to be the members’ first choice, raising a total of £258.00 to the Revue’s £175.73.

Nick Davies of the Revue opened the case for the proposition, claiming that madness is merely the freedom of the mind and that all famous people in history had been a little mad, peppering his speech with such controversial, if possibly topical, examples as Maddie Grant and Trenton Oldfield.

Erin Simmons opened for the Imps, claiming to be a researcher from the Freudian Analysis Centre. She compared two test subjects by pulling two poor souls on stage, one “merely awkward and mediocre” and the other “flat out insane”, claiming to be ashamed of knowing both, but slightly less ashamed to know her mediocre friend, as the mad friend danced on tables and attempted to smoke 20 cigarettes at once.

As the debate raged on, the Imps turned the debate in their favour by showing myriad examples of the dangers of madness, such as one of the members having spent a fortune trying to woo Posh Spice. Another lamented how his drug-addled hedonism had ruined his degree.

The Oxford Revue, on the other hand, possibly representing mediocrity themselves, attempted to move the debate from the motion at hand, to the even deeper question of whether the Oxford Union was not in fact the greatest threat to human kind the world had seen.

At the end of the debate however, an improvised rap from the entire Oxford Imps team swung the debate in their favour, earning rapturous applause from the audience.

This week, however, the Oxford Union will be back to the serious debates it is known for, debating the motion: “This House Would Recognise Prostitution as a legitimate business”.

Quoth the Master: A narcissist abroad 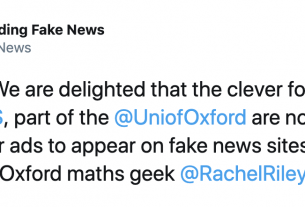