Oxford Hub, the umbrella organisation of student charity work and volunteering, has celebrated its fifth anniversary with a series of events and parties in its Turl Street building.

Throughout the week, visitors to the Hub above the Turl Street Kitchen were able to buy special birthday cupcakes and have a Polaroid taken for £3. The photos were stuck up on a “Major Wall of Minor Donors”.

After a series of talks and an “informal kids’ birthday party” the week’s celebrations culminated in what was branded their “biggest house party ever”.

Jake Morley, a north-London based singer-songwriter, famous for his “lap tapping” which allows him to tap, slap and strum his guitar headlined the party.

Matthew Ingram, Publicity Officer of the Oxford Hub, said: “The event on Friday was really cool, the first floor of the Hub was really busy and Jake was absolutely amazing, the room he was playing in was packed.”

He added: “Hubs are now growing in a number of other universities and that is wonderful to see, I think now the Oxford Hub is on a mission to become more well-known and high profile […] we’re also working closely with groups in Oxford to help social enterprises and start-ups in the University and encourage this kind of social entrepreneurship.”

Sarah Jacobs, a student who attended the party, said: “The house party theme – comedy in the ‘living room’ with us all sitting on cushions, the musicians lit up by little lampshades and drinks served from behind a piano – was a tiny bit pretentious but fun.

“Jake Morley’s set was really beautiful, and he was accompanied by the most excited and enthusiastic double bass player ever. Lovely. Great to support a place which is such a useful part of the Oxford charity scene.”

The Oxford Hub was the first organisation of its kind in the UK, and supports student volunteering, as well as helping students looking for careers in the third sector. It runs speaker events and training from its new base in Turl Street, which opened in Michaelmas of this year.

Ingram said the Hub building was an example of “the great things that can be done in terms of energy efficiency […] I think this is really important, especially in a grade two listed building”. He said he hoped this would “set a great example to lots of people, including colleges and the University, about what can be done, and the benefits it has”.

There are now five Student Hubs in the country, in Bristol, Cambridge, Oxford Brookes, Imperial, Southampton and Warwick as well as Oxford.

Oxford Union “Shake It Off” in video invitation to Taylor Swift 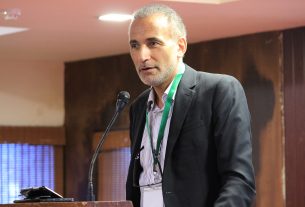