Are Coldplay shit or only slightly shit? We see the ‘for’ and ‘against’ of Britain’s most maligned pop band.

I quite like Coldplay. I realise that that’s a rather mediocre way of beginning a debate in their favour, but I actually think that the mild affection which Coldplay perpetuates amongst the masses is one of their greatest strengths. To claim that every song they’ve ever made is a work of artistic genius based on extensive, pained cerebration would make me look like a deluded arse, so after a quick sweep around college the general consensus was that yeah, Coldplay are alright, their albums are rarely ‘all killer’ but they’ve had some mega singles. Also Chris Martin was really funny in Extras, apparently. In another conversation, a friend commented that Coldplay are ‘like the perfect dinner party: pleasant’. None of these things sound like dazzling praise but this is where Coldplay’s power lies… accessibility. Not everyone’s a Coldplay obsessive, but everyone’s familiar with a Coldplay single, and this is their magical defining quality when they play live. At Glastonbury 2011, I was standing in the mud, rather unimpressed, waiting for their set to begin while my friends next to me enthusiastically bounced in excitement. I remember wondering why they cared so much. The answer was that they’d seen them play before. Something happens when Coldplay perform- they undergo a sort of mythical transformation that launches them from dinner party pleasantry into the stratosphere of legendary live acts. Once Speed of Sound had opened the set and tens of thousands of people began singing in unison, I finally got it. Coldplay’s appeal is by and large indescribable but perhaps one of their biggest defining qualities is the fact that they can churn out melodies which, although mediocre-sounding in the recording studio, sound unbelievable when played live at full blast, because the sound comes across much more effectively than anything more complex. The same applies to the radio when driving in your car; louder is better when immersing yourself in the moment and the simpler the melody, the better it sounds when you turn it up. That’s probably why I found myself crying a bit during Fix You (yeah, I know – I didn’t expect it either). I don’t know what came over me because I don’t even like the song that much, so the only explanation I can offer is that Coldplay had created such an atmosphere that I could almost taste the emotion which lies in the unity of everyone feeling it together. That and the fact that I was with some of my favourite people who were having a great time and it just triggered the waterworks. And Guy Berryman was looking quite fit, I suppose. Something like that, anyway.

Coldplay are shit for the following three reasons.

Let’s start with an appraisal of the lyrics. Here are some I prepared earlier:

‘Lights will guide you home. And ignite your bones.’ Someone please tell me: how can bones be ignited in any sense?

‘Are you lost or incomplete? Do you feel like a puzzle, you can’t find your missing piece? Tell me how you feel. Well, I feel like they’re talking in a language I don’t speak. Any they’re talking it to me.’ Fair enough, a lot of lyrics look bad when read in isolation, without the accompanying music, but this particular specimen exhibits a truly remarkable propensity for vagueness, to the extent of being vacuous beyond belief. I could drag up plenty more too.

Secondly, look at their dress sense. How many people felt physically sick when they saw the Adam Ant impersonations that accompanied ‘Vida La Vida’? And in their normal attire they’re not much better, functioning as icons for happy-clappy, look at my souped-up acoustic guitar and my V-Fest wristbands, ever so slightly alternative, boring, grey, Ford Fiesta, pop. So there.

Thirdly, and perhaps most significantly, Coldplay have been dogged in recent years by persistent allegations of plagiarism. Now, it certainly is not for me to second guess the multiple court proceedings that have found them not guilty. But, having said that, from these trials we can surmise one of two things. Either, that parts of ‘Viva La Vida’ are in fact copied, and therefore the whole band deserves to be appropriately ostracised. Or, as is more probable, the similarities they exhibit with the Creaky Boards and other protesting artists are genuinely coincidental. If this is the case, and I’m sure it is, then Coldplay’s multiple clearances of copyright theft actually serve to emphasise their unoriginality. It would seem that they and equally terrible artists have been gorging themselves at the same oasis of cultural decrepitude.

For these three reasons I would urge all readers to have faith that a decent super-group will emerge to fill the void left by U2 and Oasis. Do not succumb to the Coldplay hype. 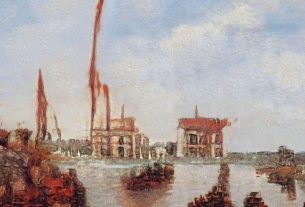