Rebecca Temerario compares her experiences on both sides of the Atlantic…….

While the system of higher education in the United Kingdom is accommodating to individualism, this does not mean that the American system needn’t be. I attend Sarah Lawrence College, near New York City, which enrolls about 1,000 students each year. Sarah Lawrence doesn’t have any fraternities or sororities, as other American universities do; instead, Sarah Lawrence offers seminar courses based on the Oxford system, which takes Oxford’s model and makes it better.

As a visiting student at Wadham College, I’ve been able to experience the differences between the educational systems in Britain and America firsthand. Oxford’s one-to-one tutorials definitely offer the ability to study one’s particular course in-depth. American colleges combine this depth, however, with breadth. Since most American students have been studying a range of subjects since high school, I’ve found that the American collegiate model is focused on creating a more well rounded individual, whereas Oxford produces experts in one field.

At my American institution, I will focus on a particular subject or two, in which I will “major.” But along the way, I will also be required to take courses outside of my discipline. The classes I enroll in will allow me to meet at least twenty other students who I am able to bounce ideas off of, besides my professors. At Sarah Lawrence, students also meet individually with their instructors, just like at Oxford. To me, the American system has the potential to offer students the best of both worlds: a range of fulfilling academic work, as well as the ability to meet other students in the classroom.

The collegiate experience students pay for in America ($15,000 to $60,000 per year, for four years) is an all-encompassing cost. For the price of tuition, a student is offered a meal plan, room and board, and access to clubs and on-campus events. Students receive housing for the full four years, and do not need to look for off-campus accommodation unless they wish to do so.

And that fourth year of college is there for a reason. Since American students take a range of classes outside of their major, a fourth year allows one to pursue a thesis or explore an internship for academic credit. Thus, the American collegiate system focuses on more than just academics. It develops the person as an academic and social creature, and prepares one for the working world before they even leave college. 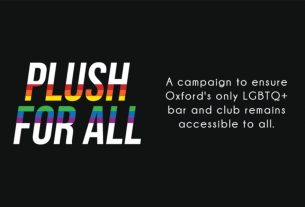 Early loss for Corbyn at Magdalen