You would be hard pushed to find an award that Matthew Bourne OBE has not yet received; the Hackney-born star is widely hailed as Britain’s most popular director and choreographer.

Ever since he staged his audacious, heart-stopping version of Swan Lake in 1995, ticket sales have rocketed. Bourne’s controversial casting of the swans as a feral pack of males; the overtly sexual, dark take on the ballet classic; and the groundbreaking use of techniques such as a dance production on a miniature theatre within a dance production, all injected vitality into a somewhat stagnant industry.These characteristics are typical of Bourne’s work. Since creating another dance company in 2002, New Adventures, the director has staged such diverse productions as Edward Scissorhands; a modern version of Dorian Gray set in the world of celebrity; and, most recently, a Blitz reworking of the classic Cinderella. New Adventures is, as Bourne describes, “the biggest dance export this country has, by far”. Bourne should not be reduced to a gimmick, despite his magnificent use of techniques such as moving stages, fantastical costumes, fake blood, falling rubble, even giant cakes. The dances often spin a morbid, dark fairy tale – illustrating twisted morals of forlorned love, materialism, sexuality and egoism.

Partner Angela Carter with George Balanchine and you might create something close to the genius of Matthew Bourne. He is, in the words of The Spectator, “a whirlwind. He’s a dynamo, a powerhouse, a force of nature. He has created the busiest ballet company on earth and turned Britain into the leading exporter of dance theatre.” 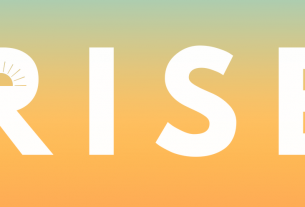