Burmese opposition leader Aung San Suu Kyi will be awarded an honorary degree by the University in June during her first overseas trip in 24 years.

The news follows Prime Minister David Cameron’s meeting last month during his visit to the Southeast Asian country. It was reported that Cameron invited her to visit the UK and her “beloved Oxford”.

She said at the time: “Two years ago, I would have said thank you for the invitation, but sorry. Now I am able to say ‘perhaps’ and that is great progress.”

Her visit to the UK starts on 18th June and will last about a week.

The long-time pro-democracy activist will also address both Houses of Parliament as a guest of the British government, and will take the opportunity to visit her children and grandchildren, whom she has rarely seen since her house arrest in 1990.

“The University offered Aung San Suu Kyi an honorary doctorate in civil law in 1993, an award which is yet to be conferred for obvious reasons. We look forward to doing so as soon as she is able to visit Oxford.”

In April, Aung San Suu Kyi was voted into the lower house of the Burmese parliament, representing the constituency of Kawhmu. Her party, the opposition National League for Democracy, won 43 of the 45 seats in the by-elections.

Ebba Lekvall, Co-President of the Oxford Burma Alliance, said: “We are excited to learn that Daw Aung San Suu Kyi will be visiting Oxford, and we are happy that she will be able to spend time with her family.”

Nora Godkin, the other Co-President of the society, added: “As Daw Suu has served as an inspiration for all the members of the Oxford Burma Alliance, we hope that we will be able to show her that Oxford students are committed to supporting Burma and the Burmese people on their journey towards democracy and freedom.”

The 66 year-old graduated with a PPE degree in 1969 from St Hugh’s, where she is also an honorary fellow. Her visit to the University will be her first since she left the UK in 1988.

Aung San Suu Kyi was issued her first passport in 20 years earlier this month. Besides visiting the UK, she will also receive the Nobel Peace Prize in Oslo on 16th June. She was awarded the prize in 1991, but was unable to receive it due to her house arrest.

Get inspired by…’Playing dress up’ 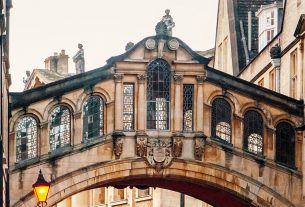