Jesus College JCR voted against a women’s empowerment motion for absolutely no good reason. Like the broken dam allowing the river Isen to flood Isengard, the motion was unlucky enough to be inundated by a deluge of petty, irrelevant or idiotic objections, mixed in with a very few valid but minor technical concerns.

While we cannot know exactly what the demographic of the voting was, opinion was split less along the gender divide and more between a passionate second year who dominate the committee, faced with disgruntled freshers and finalists who exploited a motion for female empowerment to stick up the proverbial two fingers at its supporters. Great, well done guys. You’ve really done democracy proud there.

On top of this irresponsible use of their vote to express dissatisfaction with the workings of the JCR, the motion was plagued with misunderstanding and idiocy: there were people failing to recognise the point of demographic specific events; some sagely observed that women’s empowerment was divisive and so should not be supported; others that we should bury our heads in the sand because by attempting anything so foolhardy as to do something about the problem we were highlighting the fact that the problem exists (because we’d hate to do that, obviously); or stubbornly insisting that we should mandate events for every other underrepresented group in the JCR. Goodness, that idea is so feasible I can’t believe we didn’t think of it earlier. In fact I’m pretty sure a motion proposing a Tory empowerment session is winging its way to our next JCR meeting.

One particularly moronic comment was to the effect that a motion to do with women’s empowerment should be proposed by a woman. Ye gods. I think I just saw the ghosts of feminism past, present and future crawl into their coffins and try to nail them shut from the inside. William Wilberforce was black, right? Yeah, obviously, because otherwise that would have been ridiculously unrepresentative. A man showing that he understands the importance of women’s empowerment is a cause for celebration, not censure, and to think otherwise is cutting off your nose to spite your face, or shooting yourself in the foot, or any other appropriate metaphor illustrating abject and self-destructive folly.

An objection I concede is valid yet still insubstantial, was that women’s empowerment should be the job of the Equal Opportunities Committee rather than the Welfare Rep, a debatable opinion, given that empowerment should be intrinsic to women’s welfare, and also that this could be renegotiated once the event itself was mandated. Opposition to this motion appears to me to be almost entirely due to malice towards the committee, missing the point entirely, or simply being unable to see beyond the technicalities to what should have been a step forward for female empowerment.

One hundred JCR members will hasten to add, as a footnote to their vote, ‘hey, we’re not anti-feminist’. No, just petty and short-sighted, and totally cool with looking misogynistic at the same time. Because that’s fine then. 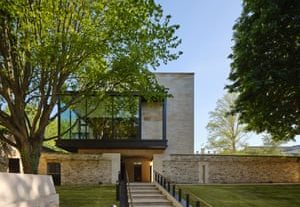 The Malcontent on: The Wikipedia Blackout